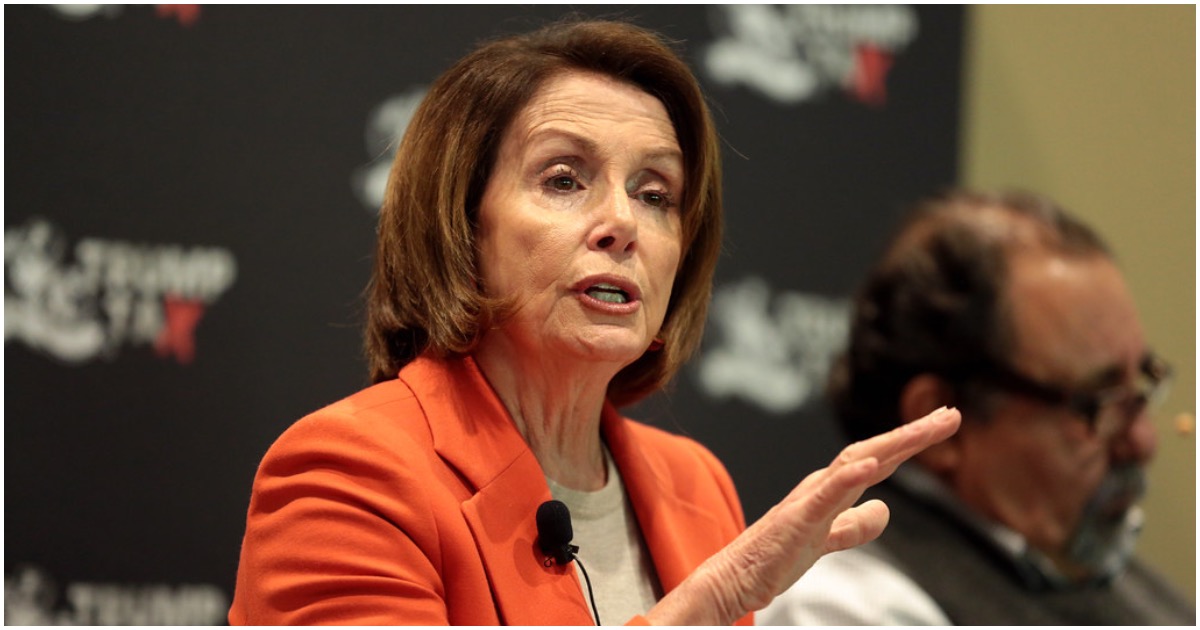 She knows it. President Trump knows it. Americans know it.

Whenever she gets the chance now, Nancy takes a stab at Democrat Socialist Rep. Alexandria Ocasio-Cortez (NY).

Now, Pelosi is making it clear that socialism is not exactly her cup of tea.

Speaker Pelosi: “I do reject socialism as an economic system. If people have that view, that’s their view. It is not the view of the Democratic Party.”

Pelosi noted, “This is about winning. When we have to go into the districts we have to win, we have to cull that to what we have in common with those people.”

She added, “This glass of water would win with a ‘D’ next to it in those districts. But that’s not where we have to win elections.”

Nancy Pelosi takes a big shot at AOC, says a “glass of water” with a “D” next to it “would win” in Ocasio-Cortez's district. pic.twitter.com/zjlGvvksT6

Pelosi has already rained on Ocasio-Cortez’s parade when it comes to her “Green New Deal.” On Monday, she did it again.

AOC may have a large presence on Twitter, but Nancy couldn’t care less.

Not subtle at all.

A shot across @AOC's bow from Pelosi. https://t.co/HQNkl2a1Yg