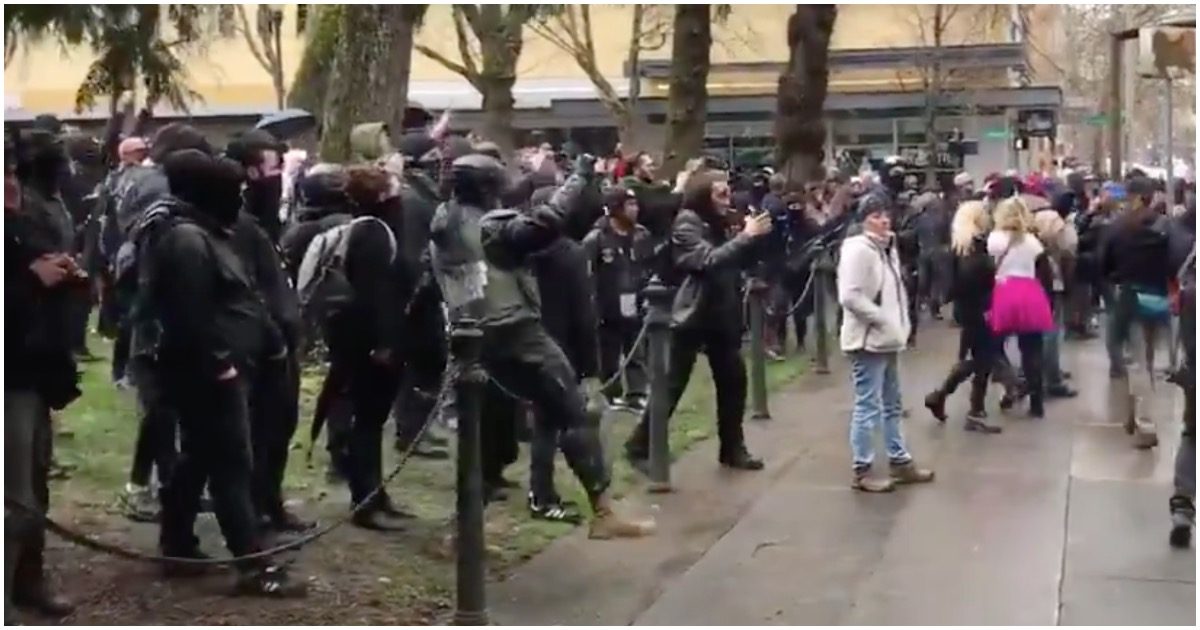 Many Democrats have tried to defend Antifa as a group of peaceful protesters. Of course, the “anti-fascist” group is not only the most ironically named group in America, but they are comprised of individuals who are anything but peaceful.

Will 2020 Democrat presidential candidates disavow this behavior seen in Portland, Oregon on Saturday? After all, the nation knows where President Trump stands – he supports law enforcement.

Items have been thrown at Portland police, like bottles and eggs pic.twitter.com/OHmkYNWCjE

.@PortlandPolice tell the antifa mob to stop throwing projectiles at them. Antifa respond by doing more of it. pic.twitter.com/POj4CNLK6x

“There are individuals in the crowd committing crimes.” Says @PortlandPolice over loudspeaker. Crowd is laughing.

Woman being pushed about at Portland protest pic.twitter.com/ds6Bp2u0ID

Brandon Farley is this first person to be detained at today’s protest. Unclear on what charges, he was on sidewalk at time of arrest pic.twitter.com/ATJ2u9VOj6

Man with orange was taken for treatment by bike police off camera. pic.twitter.com/Gt55RDrG9E

PPB Officers have made two arrests of subjects engaging in criminal activity. Some members of the crowd are throwing objects at the officers.

*CORRECTION* PPB has arrested only one subject at this time.

Let’s hear your thoughts on Antifa in the comment section…

Trump’s Legacy Is Not On Your Impeachment TV Screens [Opinion]