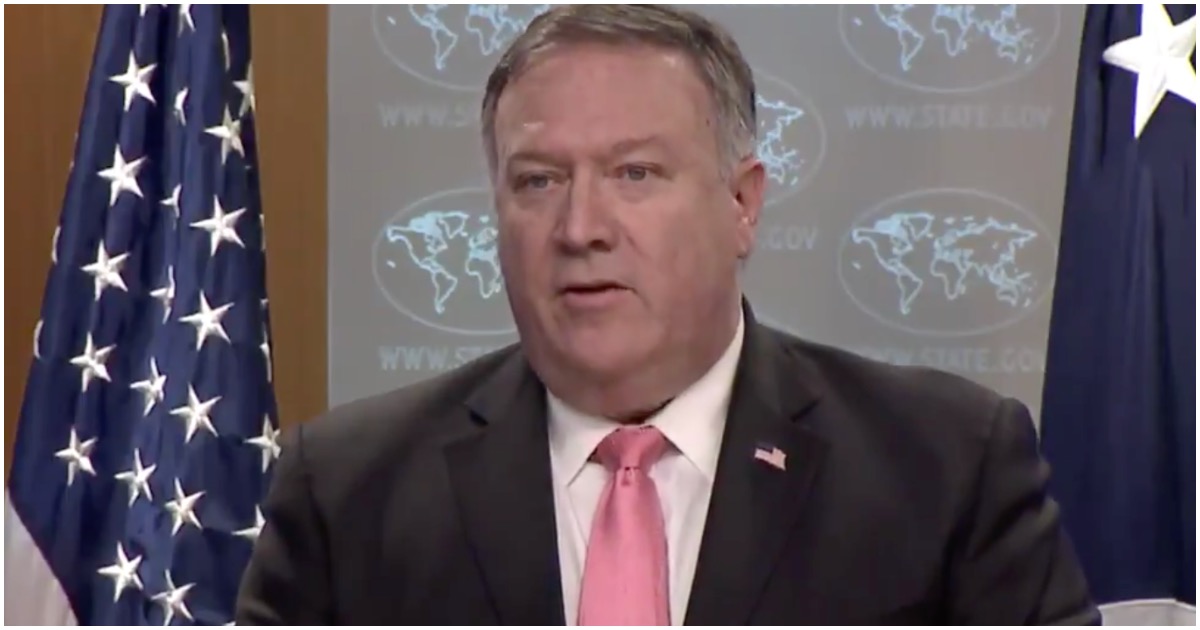 When it comes to the migrant “caravan” making its way through Mexico to the United States, Secretary of State Mike Pompeo is not playing around.

He has a strong statement for all those taking part.

In short: it’s time to turn back.

.@SecPompeo: The U.S. has a message for those in the caravan—you will not be successful at getting into the United States illegally, no matter what. pic.twitter.com/TuNfY05CmP

Department of Homeland Security spokesman Tyler Q. Houlton said there are, in fact, gang members with “significant criminal histories” embedded within the caravan.

.@DHSgov can confirm that there are individuals within the caravan who are gang members or have significant criminal histories.

Citizens of countries outside Central America, including countries in the Middle East, Africa, South Asia, and elsewhere are currently traveling through Mexico toward the U.S.

Stopping the caravan is not just about national security or preventing crime, it is also about national sovereignty and the rule of law. Those who seek to come to America must do so the right and legal way.

New details suggest the original caravan of Honduran migrants heading through Mexico has grown to 5,000 people (and potentially even 10,000), creating a line “two miles long.”

Mexican police have reportedly stood down.

Now, it is being learned that a second caravan is making its way to America, 2,000 migrants strong.

Here are some videos:

Here’s an interview with some of the “new” migrants:

Regarding the original caravan, per Daily Wire:

Hundreds of Central American migrants scrambled over a bridge wall and jumped into a river below as they battled to get past authorities stopping them at the Guatemala-Mexico border.

The mob swelled to at least 5,000 people — some estimates go as high as 10,000 — and once past police dressed in riot gear, they resumed their trek to the U.S.-Mexico border. The throng is currently marching toward the Mexican town of Tapachula, “10 abreast in a line stretching approximately a mile,” the Associated Press reported.

At the Suchiate River, some 700 federal p​olice officers from Mexico made no attempt to intervene as hundreds of young men dropped off the bridge into the water, then swam, floated or rafted to Mexico. They are still nearly 1,800 miles from El Paso, Texas, and Google Maps says that would take 573 hours on foot.

The caravan just swept past a large contingent of Mexican federal police, who didn’t do anything to stop them.

A group of immigration agents stopped the caravan to ask them to apply for asylum in Mexico. The caravan blew past them.

The caravan is more than two miles long. People near the end are stumbling. It’s 23 miles to Tapachula and it’s so hot — 90 degrees — today.

Mexican police under orders to block the caravan, are massed in the only road heading north from the border. pic.twitter.com/TbxXzVktUb

I’m only just realizing the massive scale of this caravan as they march north into Mexico. It’s several thousand people. Just look. pic.twitter.com/aRuoLNYTZg