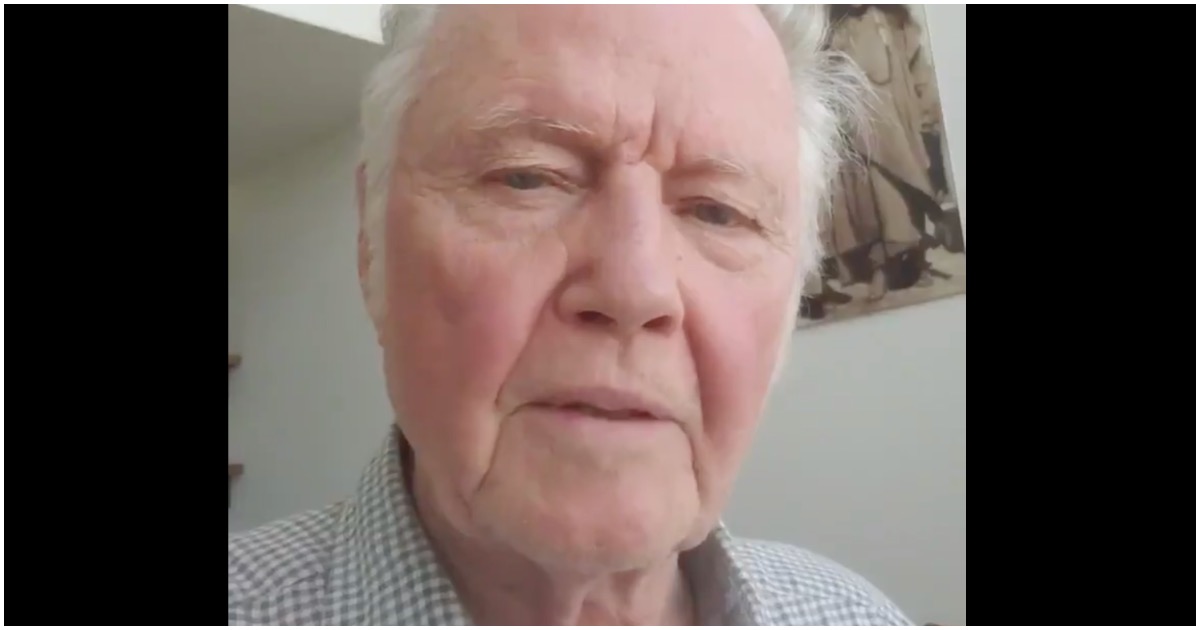 He’s not intimidated by the far-left wing of Hollywood.

In the face of the anti-Israel rhetoric from members of the Democratic party and their concomitant attacks on President Trump, actor Jon Voight released a video on Sunday in which he called out the Left, saying, “They have hate; it’s like a venom.” He asserted that President Trump believed in truth, love and justice for the American people as well as the people of Israel.

In a two-part Twitter video, the actor made it clear that he believes 45 is the greatest president since Abraham Lincoln.