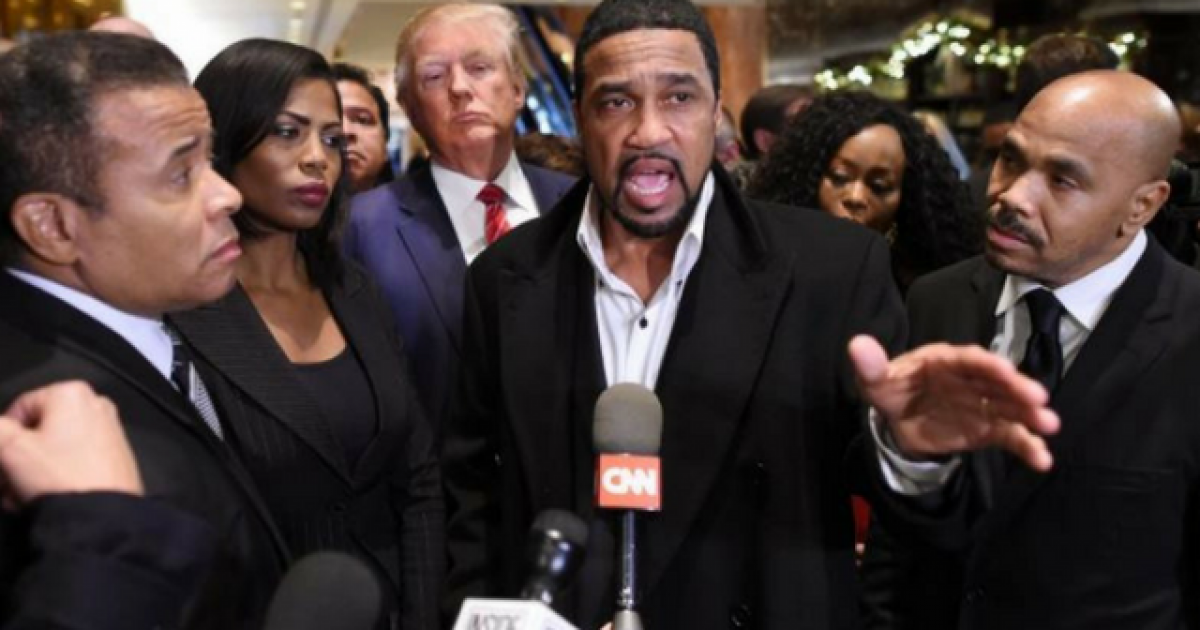 There is a glitch in the progressive Matrix.

The mainstream media does everything they can to bury this terribly inconvenient fact, but the President they’ve been working hard to paint as a racist, sexist, bigoted homophobe just so happens to have a vibrant and vocal community of minority, female, and gay supporters.

One of the greatest speeches of his political career, in this author’s humble opinion, was the speech he gave in Milwaukee in August of 2016.

After several years of increased racial tension, often violent identity politics, Trump spoke to a city that was at that moment in the midst of violent race riots fueled by media outrage over a justified police killing of a young black man who pointed a loaded weapon at a police officer, also black.

Trump managed to tap into something that conservative African Americans had been saying for years: the Democrats had failed them.

That night, Trump had a simple request of the black community: “I am asking for the vote of every African-American citizen struggling in our country today who wants a different future.”

“The Democratic Party has failed and betrayed the African-American community. Democratic crime policies, education policies, and economic policies have produced only more crime, more broken homes, and more poverty,” he explained, breaking down the failing schools, the skyrocketing crime rates, the fear that African Americans parents and children lived in as law and order crumbled around them.

Now, according to Pastor Darrell Scott, a prominent black pastor who joined a group of faith leaders from our nation’s struggling inner cities, it appears Trump has indeed followed through on that promise and may turn out to the most beneficial president for the black community in recent memory, an ironic fact considering he’s following up the first black president in history.

I’ve had the honor and privilege to work with then-candidate, now President Trump, and to observe him behind the scenes and have a number of personal conversations with him. And people ask me why do I defend him so vociferously? And I say it’s easy for me to do because I know him, and he’s shown me his heart, and I know he has a heart for all Americans.

And I will say this – this administration has taken a lot of people by surprise, and it’s going to surprise you guys even more because this is probably the most proactive administration regarding urban America and the faith-based community in my lifetime. And I’ll be 60 years old in December.

But when I think back on – well, I use good hair dye, and I’ve got a great makeup artist. But, to be honest, this is probably going to be the – and I’m going to say this at this table – the most pro-black president that we’ve had in our lifetime because – and I try to, you know, analyze the people that I encounter – this president actually wants to prove something to our community, our faith-based community and our ethnic community.

The last president didn’t feel like he had to. He felt like he didn’t have to prove it. He got a pass. This president is – this administration is probably going to be more proactive regarding urban revitalization and prison reform than any president in your lifetime.

If we work together, give him a chance, don’t pay any attention to these guys back here, and I’ll promise you, we will do something that…this administration will continue to make history. It’s going to be a lot of positive changes. Great things are on the horizon, I promise.

Pastor Asks Folks to Pray for Trump on Podcast. iTunes Response is Deplorable.