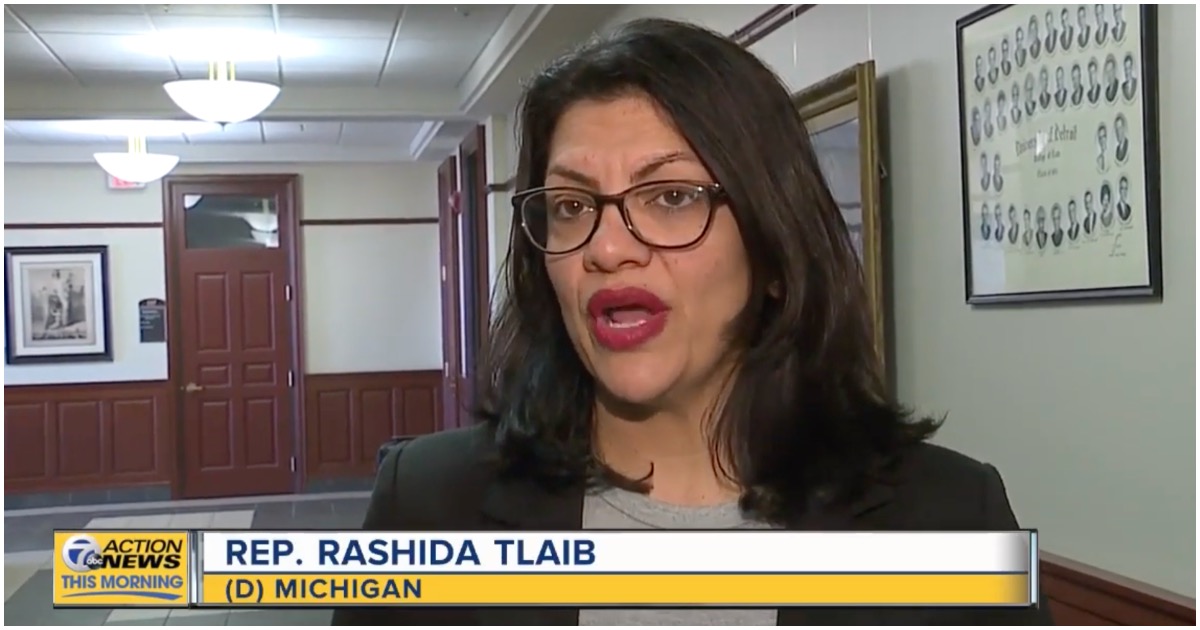 Enter radical freshman Democrat Rep. Rashida Tlaib of Michigan, who says she has never felt “more Palestinian“…than when walking the halls of Congress.

Sounds a little odd, no?

Video has surface of newly enshrined Democratic congresswoman Rep. Rashida Tlaib proudly proclaiming that she feels more Palestinian in the U.S. Congress than anywhere in the world.

“Honestly I’ve never felt more Palestinian than I ever felt in Congress,” the Michigan congresswoman said in a speech earlier this week addressing the far-left Michigan Coalition for Human Rights. “Even in Palestine when I’m visiting my grandmother, I’m more Amrikiin, American, to the Palestinians. But I’m more Palestinian in the halls of Congress than I am anywhere in the country, in the world. And that just tells you just the fact that they weren’t ready for us. They really weren’t.”

Check out Tlaib on the Trump-Omar-9/11 fiasco:

Rashida was been pictured not long ago with a Palestinian activist who hates Jews and praises Hezbollah. His name is Abbas Hamideh.

Look straight ahead, there’s nothing European about the Eternal Capital of #Palestine (Jerusalem) and we are not short of any encourage to withstand and defeat the illegal occupation that currently exists on our ancestral homeland. Criminal Zionism will fall. pic.twitter.com/j2WrHTadXU 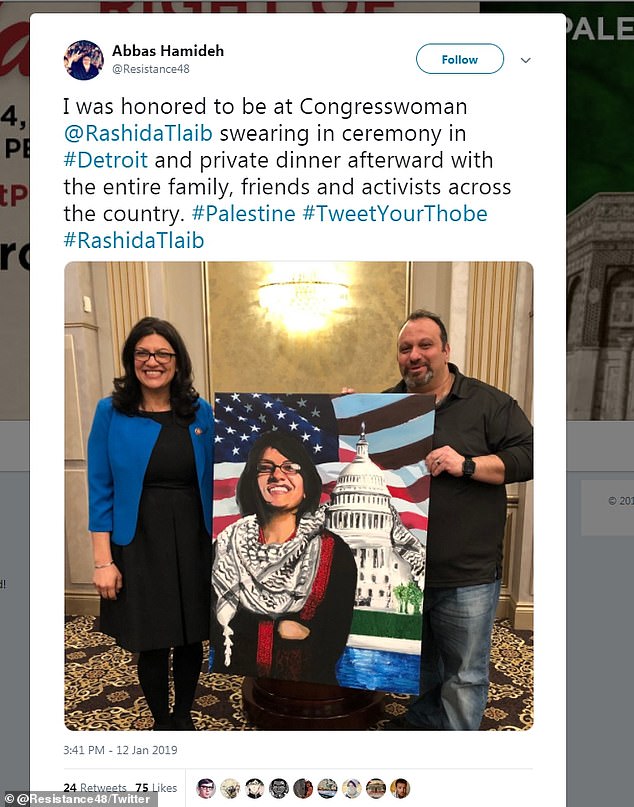 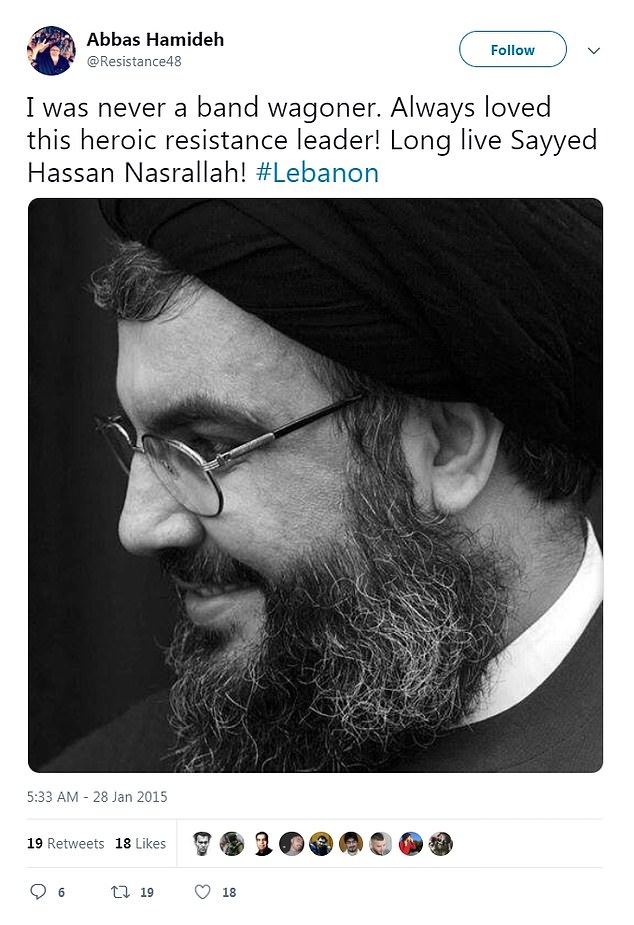 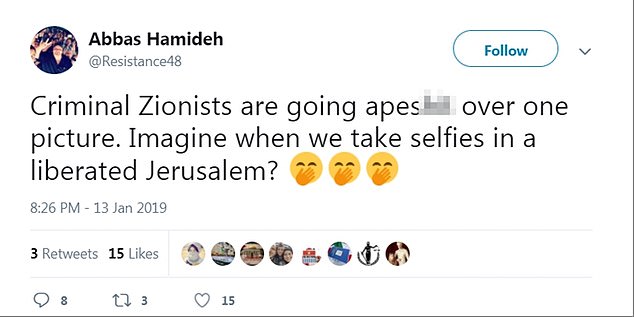 The people who voted Tlaib into office obviously don’t understand that Israel is one of America’s greatest allies.

44 apparently told Tlaib, who is famous for saying she’ll impeach “that motherf***** Trump” and draping herself in the Palestinian flag after winning her election, that he was “proud” of her.

The freshman Democrat tweeted a picture of her standing with Obama, writing that he “met with us new members of Congress and we had a thoughtful discussion about serving our country.”

“The best part was when he looked straight at me and said, ‘I’m proud of you,'” Tlaib

.@BarackObama met with us new members of Congress and we had a thoughtful discussion about serving our country. The best part was when he looked straight at me and said, "I'm proud of you." pic.twitter.com/cPDOth0B5i