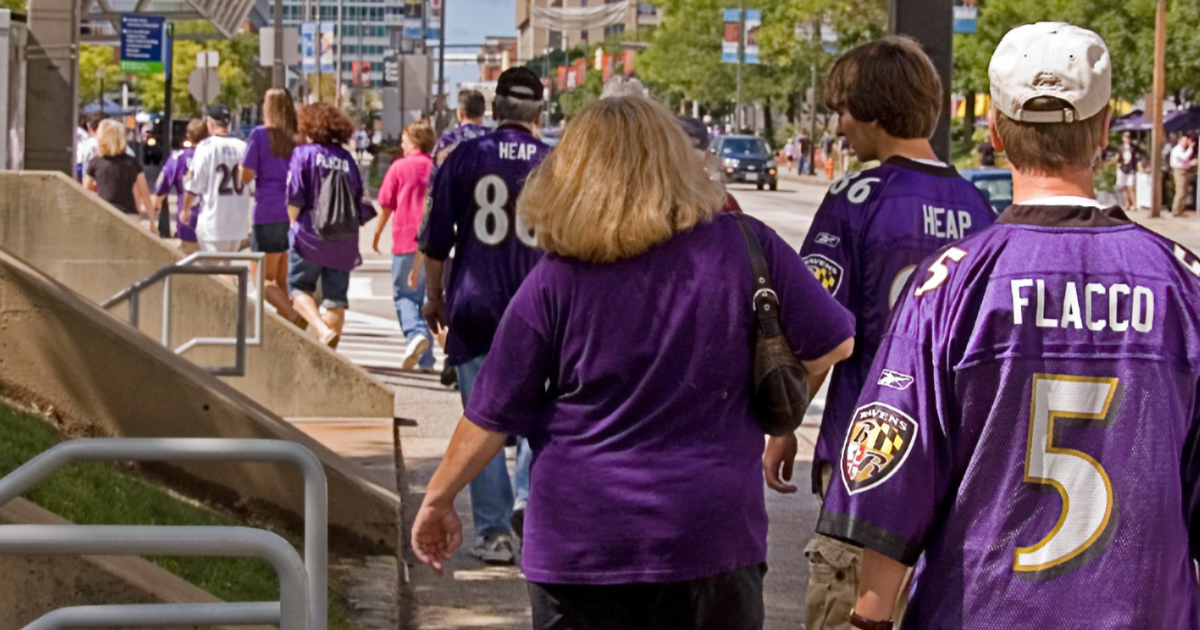 As the Baltimore Ravens made a mess of their final game of the season and dealt themselves right out of the NFL Wild Card games, fans in the stand were obviously taking it well… as they devolved into wild fist fights.

Apparently, some Baltimore Ravens fans did not take their team’s loss in the first round of the NFL Wild Cards very well, as they erupted in a fist fight in the stands.

A video posted by Barstool Sports shows a group of purple-clad Baltimore fans flailing at a few Chargers boosters in the upper section of M&T Bank Stadium, Daily Snark reported.

The video was soon deleted, but I found another Tweet with the video intact:

Mick Coley of Bar Stool noted that eventually the police got tired of all the flailing and shoving and “started stomping fools out in the staircase.”

Coley also joked that if “the Ravens offense showed this much fight today this game might have been watchable.”

The Ravens definitely got off to a bad start lagging far behind the Chargers and ended the third quarter down 9 points, leaving the Chargers in the lead 12 to 3. However, the Ravens did mount a strong comeback making up much ground. Still, it was not enough to knock out their opponents, and the Chargers won the game with a 23-17 final.

The Chargers will now advance to round two of the Wild Cards to face the New England Patriots next Sunday.