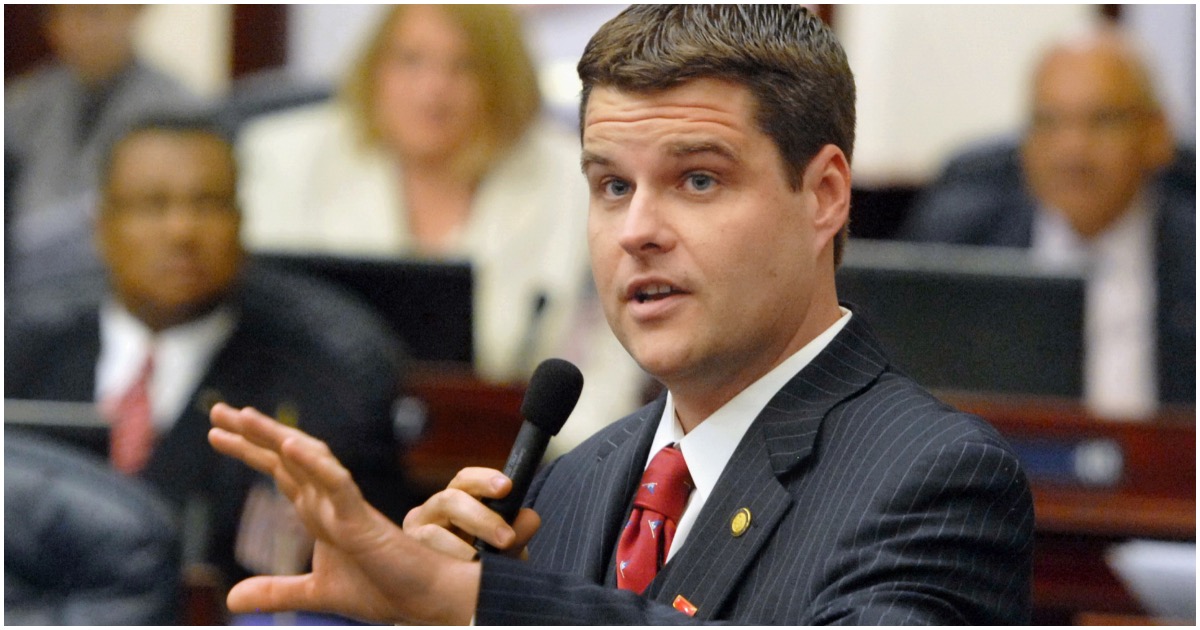 Have you heard those stories of radical lefties assaulting conservatives overseas with milkshakes?

The UK's milkshaking protests crossed the pond to Pensacola.

Here’s the woman who was arrested. She ran against Gaetz in 2016…

A Pensacola woman who ran for Rep. Matt Gaetz’s seat was arrested Saturday and charged with battery after she threw a drink at the congressman during his “Won’t Back Down” town hall.

Kondrat’yev, 35, was one of several candidates running against Gaetz for Jeff Miller’s seat in 2016 before she withdrew from the race.

Gaetz responded to the incident:

Clearly it takes more than a drink to slow down our great team.

We are always thankful to the brave law enforcement officials who keep everyone safe at our events.

Clearly it takes more than a drink to slow down our great team.

We are always thankful to the brave law enforcement officials who keep everyone safe at our events. https://t.co/njWuBquiRs

You deserve more than a drink thrown at you punk!

You deserve more than a drink thrown at you punk!

Gaetz supports President Trump like few others in Congress.

Senator Gaetz has a nice ring to it for conservatives.

To see him leave one state for another would be nearly unprecedented, which makes it all the more interesting.

‘Couldn’t Hear Her BS Anymore!’ Military Vets Walk Out of Meeting With Ocasio-Cortez, & It Was Epic