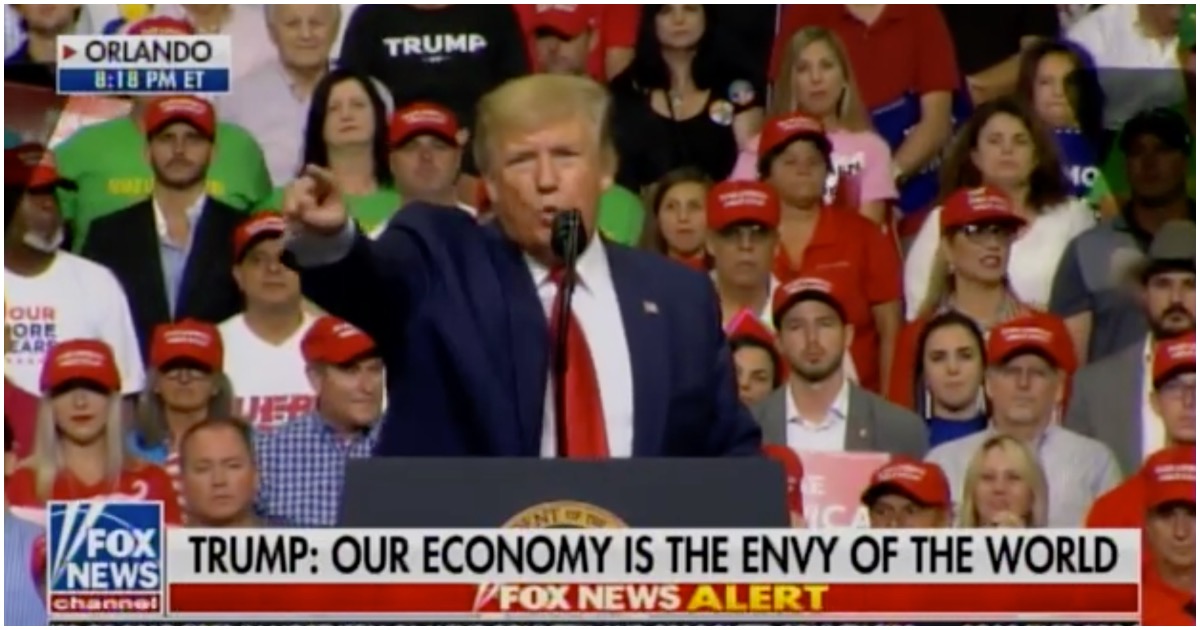 President Trump is now officially seeking a second term as commander-in-chief of the United States of America.

Over 120,000 people wanted to show up to the Amway Center in Florida but unfortunately, the venue only seats 20,000.

The house was packed to hear Trump speak – and he did his thing.

Not long into POTUS’s speech, the crowd erupted to blast fake news CNN with a “CNN SUCKS” chant.

Here’s some more from the rally…

Lindsey Graham getting a standing ovation at the Trump rally is really, really quite something to be seen………..

This is Randal he tells me this is his 50th Trump rally and he “bleeds one colour; red, white and blue”. pic.twitter.com/35399n4CQR

“I think Trump understands and he’s beginning to panic…He is in trouble," says @BernieSanders, as Trump holds a rally in Orlando while trailing in Florida in the polls.

While in El Paso, Texas for a speech in February, Trump was interrupted at least three times during his hour-long speech.

After letting a couple of the outbursts slide, Trump let one man (or woman) have it.

Trump: “Where do these people come from? Where do they come from? They go back home to Mommy. They get punished when they get home.”

"Some of the most dishonest people in media are the fact-checkers." – @realDonaldTrump in El Paso now.

"So I again say to you, and I say it for the world to hear: America will never be a Socialist country. NEVER." – President @realDonaldTrump in El Paso, Texas

The 2020 Democrat contender isn’t seeing the kind of results he surely expected when he initially announced his bid for president.

While his campaign expected thousands of people to attend a rally in Los Angeles on Saturday, only a few hundred showed up.

Jon Hotchkiss was on the scene Saturday and showed video of the underwhelming crowd size. The large lawn playing host to the event was still very green.

According to Hotchkiss, the campaign estimated over 2,000 people would show up, when only 500 did.

WATCH: Biden Gets On Stage & Says Barack Didn’t Have Any Time to Explain Obamacare