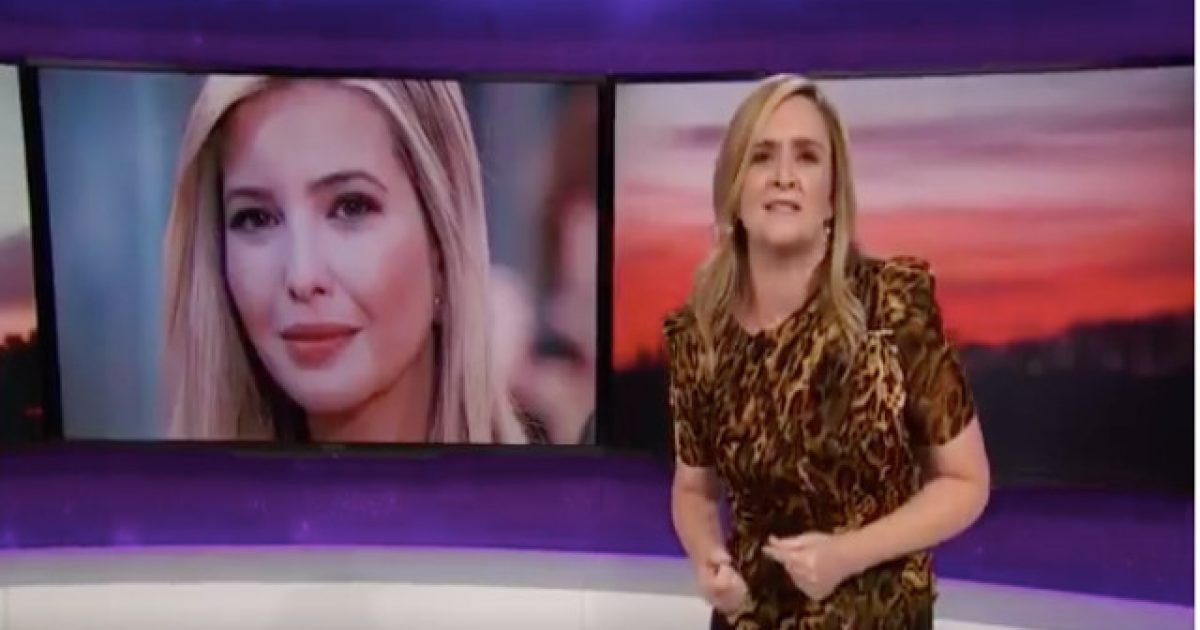 Samantha Bee, a vulgar radical left-wing “comedian” on TBS, decided to reveal just how deplorable, dirty, and offensive folks on the left really are with a recent tirade she made against Ivanka Trump.

On her program Wednesday night, Bee referred to the president’s daughter by one of the most obscene names you can call another human being, putting on full display the rampant hypocrisy that lies at the core of the progressive view of women, namely that only other liberal women deserve respect.

Here’s what she said.

“We’re going to talk about racism and I just popped an Ambien, so buck up everyone!” Bee said at the start of her show, taking a shot at Roseanne Barr. “Believe it or not, something even more important was on Twitter this week.”

Bee launched into talking about immigration issues and even admitted that Trump was “half right” when he blamed the Democrats for the immigration policy issues that the U.S. faces.

Bee then transitioned into attacking Ivanka Trump for posting a picture on Twitter of her holding her child while the media was claiming the Trump Administration was cruelly separating children from their parents.

“Ivanka Trump, who works at the White House, chose to post the second most oblivious tweet we’ve seen this week,” Bee continued. “You know, Ivanka, that’s a beautiful photo of you and your child, but let me just say, one mother to another, do something about your dad’s immigration practices you feckless c**t!”

Why? Because Ivanka hugged her son

This creature is beneath contempt.pic.twitter.com/pogFqsVwwj

Now, just for a moment, pretend that a conservative called a liberal the C-word. Charges of sexism would be tossed around so fast it would make your head spin. The venom from feminists would be be a thick coating all across social media and the Internet.

But this same kind of behavior is tolerable so long as the person spewing the hate and vulgarity is a progressive and the target is a conservative or in some way connected to President Trump.

This is a disgusting hypocrisy, one which exposes the truth about the liberal movement in modern America, namely that it is inconsistent and absolutely morally bankrupt.

Why should anyone take a single word these people say seriously when they can’t even live consistently according to their own worldview?

The Presidential Pardon Conservatives Have Been Waiting For