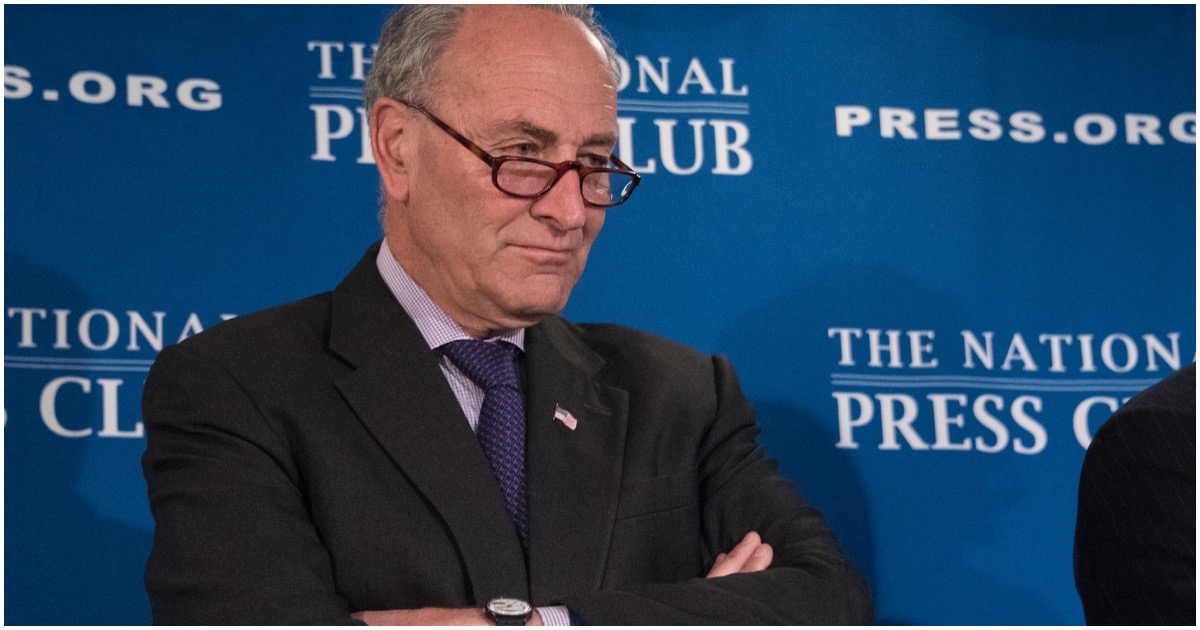 “Hopefully, now the president has learned his lesson.”

Those are the mocking words of Senate Minority Leader Chuck Schumer (D-NY).

Is this the best strategy, though?

Has President Trump ever responded in kind to being mocked?

Senate Minority Leader Chuck Schumer mocked President Donald Trump on Friday immediately after the president ended the government shutdown so non-essential federal employees could get paid and so both of the nation’s major parties could work on a deal to fund border security.

Schumer noted, “The American people do not like it when you throw a wrench into the lives of government workers over an unrelated political dispute. Working people throughout America empathized with the federal workers and were aghast at what the president was doing to them. Hopefully, now the president has learned his lesson.”

“Now, once the president signs the continuing resolution, we in Congress will roll up our sleeves and try to find some agreement on border security. Today the president will sign the bill to reopen the government along the outlines of what we have proposed and hopefully it means a lesson learned for the White House and for many of our Republican colleagues: Shutting down the government over a policy difference is self-defeating.”

“It accomplishes nothing but pain and suffering for the country and incurs an enormous political cost to the party shutting it down.”

Chuck Schumer mocks President Trump: "Hopefully now the president has learned his lesson… Democrats are firmly against the wall." pic.twitter.com/mtaHf4VNCT

By agreeing to reopen the government, Trump has not ended his campaign to build a wall on America’s southern border.

.@POTUS @realDonaldTrump
"If we don’t get a fair deal from Congress, the Government will either shutdown on February 15th again—or I will use the powers afforded to me under the laws and the Constitution of the United States…..” pic.twitter.com/1Fak6iZUxT

Liberals lost their minds because the New York Times had the audacity to fact check Schumer during his rebuttal to a recent Trump’s speech.

They can’t take it when their side gets called out.

i can’t even tell anymore??

After 2016 I don’t even know why I’m surprised by any of this anymore.

oh my god how are you so bad at this

CANNOT believe that the first fact check I saw tonight was on SHUMER! And on a fact he genuinely got right! Food stamps, national parks, native Americans- easily millions, beyond the federal employees.

The New York Times does not understand that the federal government serves a number of functions other than paying federal workers. When millions of Americans read the Times, there is a multiplier effect of ignorance.

Schumer and Speaker Nancy Pelosi (D-CA) lived up to the hype.