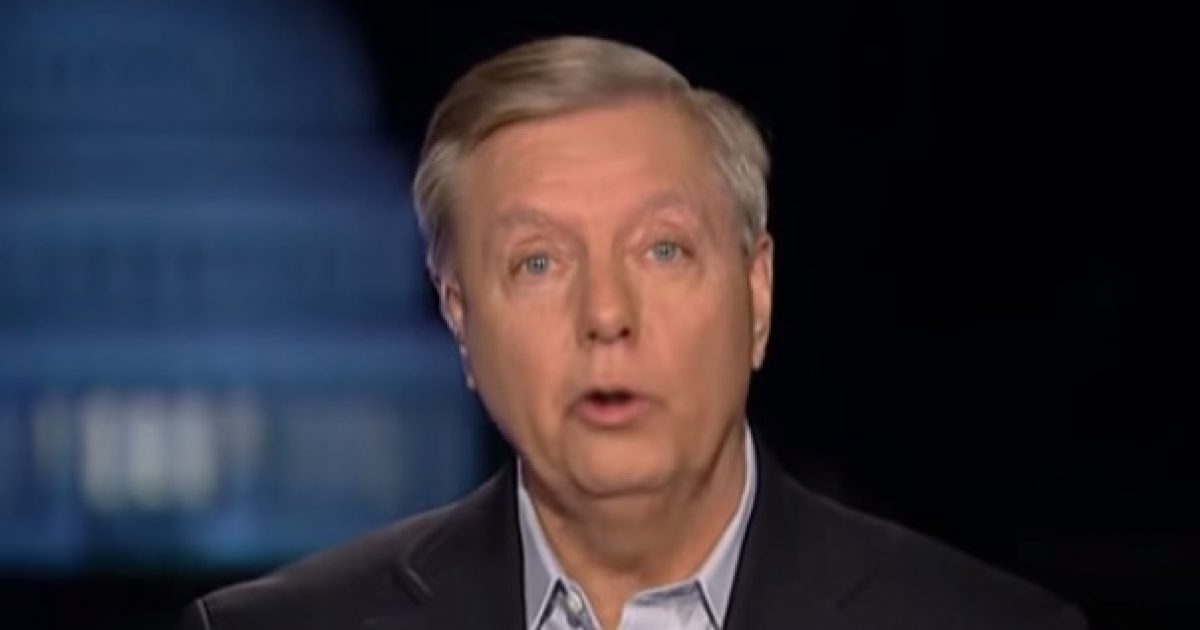 South Carolina Senator Lyndsey Graham is still pushing this time telling President Donald Trump that he should “break” the Democrats for refusing to fund the border wall Trump wants added to the new budget bill.

“If they are not willing to work with the president, I think they are going to hear it from the American people in 2020,” the Sen. said.

Along with millions of Americans who want the $5.7 billion added to the budget to fund the border wall, Senator Graham obviously stands with the president.

As the Daily Caller reported:

Fox News host Shannon Bream introduced Graham as having “three words for Republicans on the border wall, ‘let’s dig in,’” then asked the South Carolina senator where things are headed next.

“Number one, when you make a promise to the American people, you should keep it,” Graham responded. “The one thing I like about President Trump, he is trying his best to keep his promise. He promised to build a wall, and he is going to fight hard to keep that promise. After the caravan, if you don’t see the need for more border security, you are blind. Here’s the problem. I think Democrats hate Trump so much they want him to lose, even though it would be good for the country to work with him on border security. And if he doesn’t break ’em now, it’s going to be a terrible 2019. So Mr. President, dig in.”

The two discussed a possible compromise to make it a “win-win” — somewhere “less than” the $5 billion Trump is asking for but more than $1.6 billion Democrats have offered.

Graham said that despite losing the House in 2018, the issue of border security is still “alive and well.”

Indeed, a recent poll finds that support for the border wall has never been higher.

“This is the highest level of support for the wall since the independent Quinnipiac (KWIN- uh-pe-ack) University National Poll first asked the question in November 2016,” the pollsters wrote.

The recent Quinnipiac University poll found that support for the wall is at 43 percent with 54 percent opposing it. That is up five points since the last time the poll was taken.