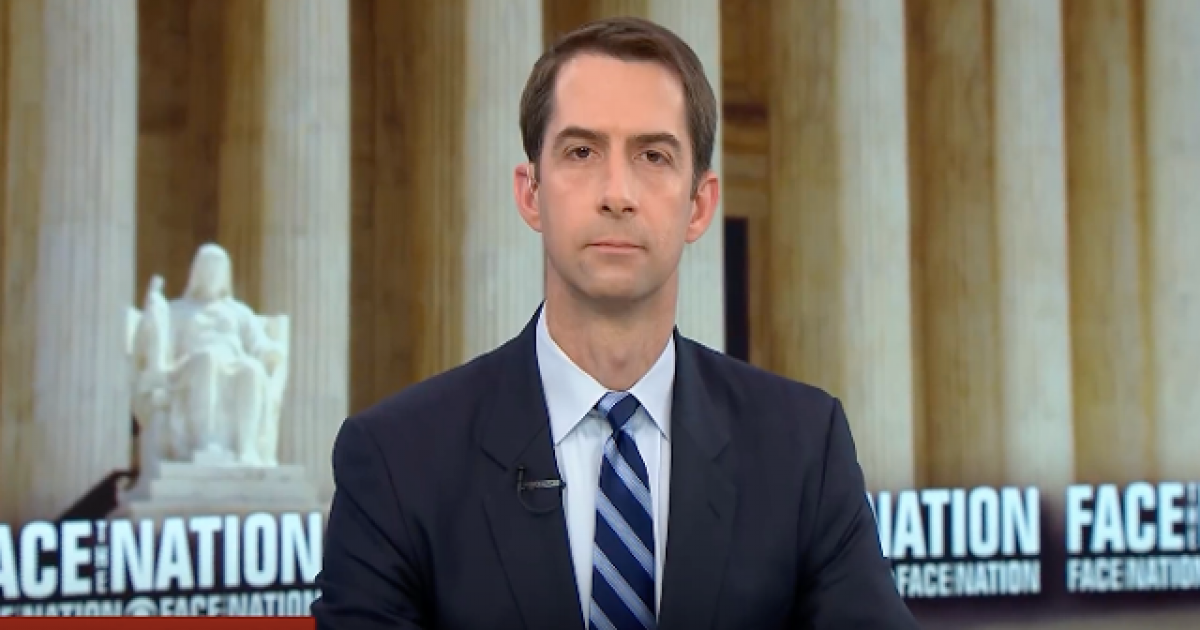 Arkansas conservative Sen. Tom Cotton has stated that Dianne Feinstein’s office is going to be facing an investigation for leaking the letter penned by Christine Blasey Ford, which was a message that was supposed to be kept confidential.

Cotton made an appearance on CBS’ “Face the Nation” where he told host John Dickerson that both Feinstein’s office and Ford’s attorneys in D.C. would be investigated for allegedly not informing her about Senate Judiciary Committee staffers who were willing to travel to California to interview her about the allegations she made against SCOTUS nominee Brett Kavanaugh.

“Those lawyers are going to face a D.C. bar investigation into their misconduct. Dianne Feinstein and her staff is going to face an investigation for why they leaked that. All of this could have been done discreetly, it happens hundreds of times … hundreds of times every year in the Judiciary Committee,” the Arkansas Republican said during his exchange with Dickerson.

Feinstein — who serves as the ranking Democrat on the Senate Judiciary Committee — received Ford’s letter in July, describing an alleged encounter with Kavanaugh. Despite requesting anonymity, the letter was leaked to the press in September. Feinstein has denied any involvement in the leak.

During her Senate testimony on Thursday, Ford revealed that she was unaware committee staffers had offered to meet her in private in California, a move that would have avoided a public hearing. Ford’s lawyers had apparently kept her unaware of the offer.

Cotton said Ford has been “victimized” by Democrats who have sought to exploit her allegations for political gain, many of whom had announced their opposition to President Donald Trump’s nominee before the allegations became public.

“They have betrayed her,” he stated on CBS. “She has been victimized by Democrats … on a search-and-destroy mission for Brett Kavanaugh.”

It’s pretty obvious that Ford is nothing more than a political pawn being used in a manipulative game of chess where Democrats hope beyond hope to be able to delay the confirmation vote for Kavanaugh until after the midterm elections.

They are clinging to the absurd notion that perhaps they will have a “blue wave” and be able to gain enough seats to overturn the vote and prevent Kavanaugh from being put on the bench.

Why so much concern about Kavanaugh? If he gets on the Supreme Court, there’s a remote possibility of returning abortion to a state issue, which means the vast majority of states would outlaw it. Yes, that’s right. Democrats want to keep baby murder legal and are willing to employ every dirty tactic in the book to see that it happens.