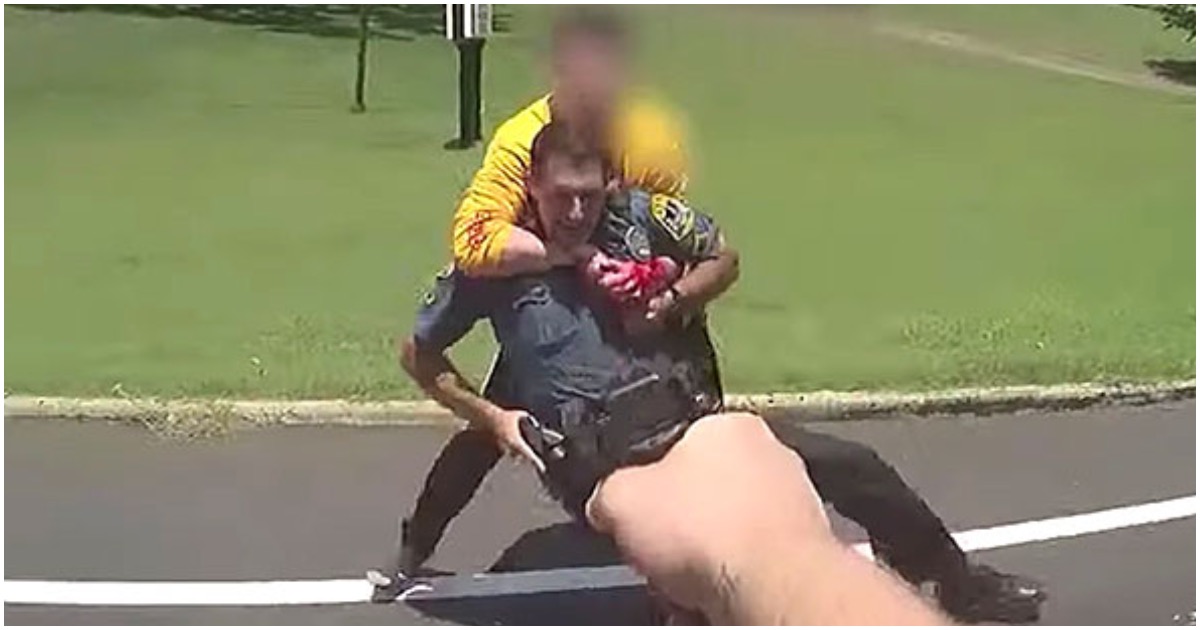 This video comes from the state of Georgia.

It’s pretty brutal and the headline says it all. In the end, the assailant did not leave the scene alive.

That being said, watch below – if you can stomach it.

The life of a police officer in 21st century America, huh?

President Trump, maybe more than any president in recent memory, is a friend of the law enforcement community.

Men and women risk their lives every single day in order to keep Americans safe, yet some people still can’t it.

On Friday, POTUS made a comment about cop killers that is sure to rile up a few people on the left…

President Trump said criminals who kill police officers should get the death penalty, returning to his previous calls for harsher punishment.

Trump made the comments during a Wednesday speech for the National Peace Officers’ Memorial Day service on Capitol Hill, an event that honors law enforcement officers who have died on the line of duty.

Trump noted, “The ambushes and attacks on our police must end, and they must end right now. We believe that criminals who murder police officers should immediately, but with trial, get the death penalty.”

He continued, “But quickly. The trial should go fast. It’s got to be fair, but it’s got to go fast.”

Tonight, the White House was lit in blue in honor of Peace Officers Memorial Day. pic.twitter.com/Tv9nAn5M2G