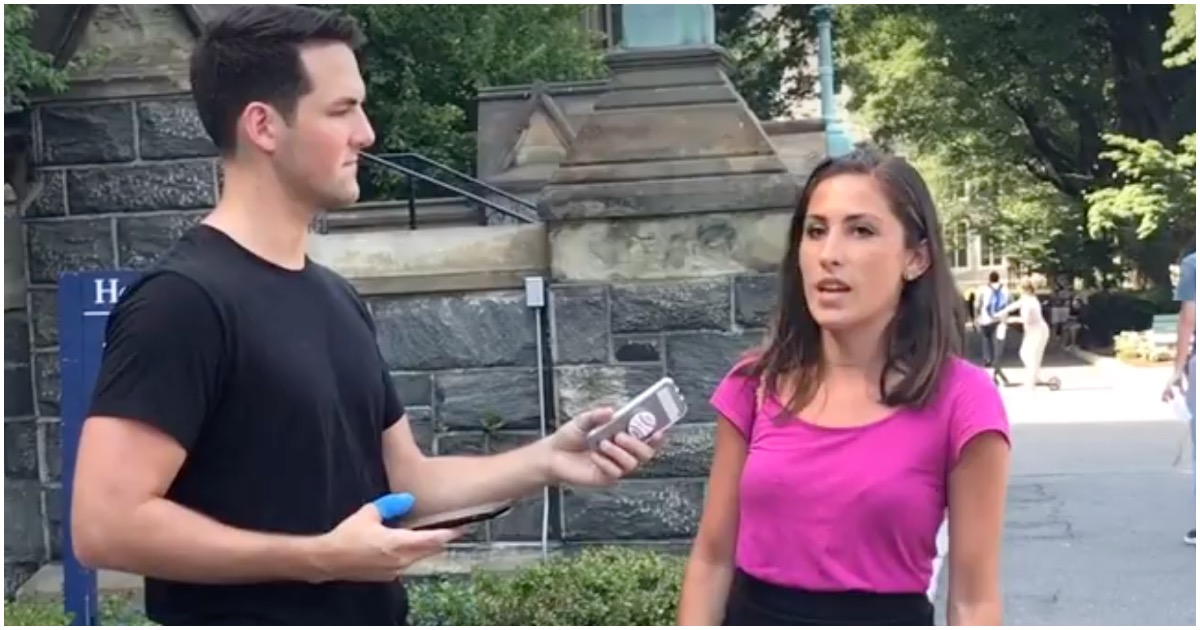 President Trump will get blamed for saying something far less offensive than what any Democrat might say, but because the mainstream media is so one-sided the uninformed don’t get the whole story.

In 2014, Obama gave an immigration address from the White House, in which he said:

We are a nation of laws. Undocumented workers broke our immigration laws, and I believe that they must be held accountable, especially those who may be dangerous. That’s why over the past six years deportations of criminals are up 80 percent, and that’s why we’re going to keep focusing on threats to our security.

Wanting to know what college students would think of this quote and whether Obama was “racist” for wanting to deport illegal aliens convicted of a crime, Campus Reform’s Cabot Phillips headed to Georgetown University to find out.

After being told the quote came from “a president,” students offered near-universal condemnation for it, as well as the policy of deporting criminals.

WATCH: Tucker Drops Startling Info On Omar’s Marriage to Her Brother, & She Could Be In Trouble