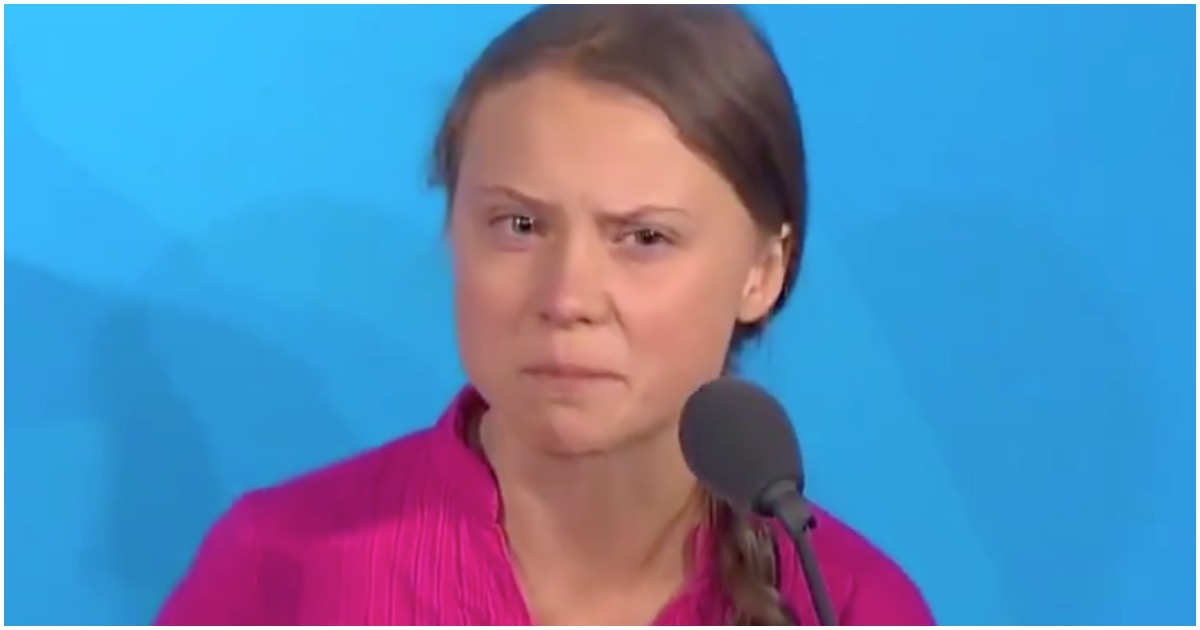 Other than that, it is sad to see this little girl being used by grown men and women simply to advance the liberal agenda around the world.

Protester Caught On Camera Reaching for Police Officer’s Gun, & He Got Socked In the Face

It seems that Michigan Gov. Gretchen Whitmer is watching her chances of being chosen as Joe Biden’s vice president for the upcoming election are getting slimmer by the minute as more and more resistance to her governorship rises up after two very unflattering stories emerge about her and how she’s handled the coronavirus pandemic in her state. However, she’s not alone in scrutiny. Michelle Lujan Grisham of New Mexico is also being criticized for her handling of the crisis. The criticisms of both women have happened simultaneously, after reports emerging detailing how they violated their own lockdown rules for personal benefit. Here are the details from The Washington Examiner: In April, Lujan Grisham reportedly purchased jewelry from a close friend who runs a store in Albuquerque despite issuing an order just days before, asking that New Mexicans only leave home for food and medical supplies. “We are in really tough financial times as a state. It mirrors the incredible, personal sacrifices that happen every single day because people have limited their ability to work, telecommuting, and many people, in fact, have lost their jobs,” she said on April 3. Lujan Grisham’s office maintains that she did not violate the order because the transaction was “entirely contact-free,” as Lujan Grisham had a friend pick up the purchased piece of jewelry at the owner’s home. Republicans in the state noted that curbside pickup from stores wasn’t allowed until May 1, weeks after Lujan Grisham bought the jewelry. The New Mexico Republican Party posted up a tweet on Wednesday saying, “Our Governor is the latest Democrat to decide that the rules they impose on their citizens to address the COVID-19 pandemic don’t apply to her. A bombshell report reveals that the governor violated her own stay-at-home order to stock up on some high-end…

Sen. Lindsey Graham has come out and stated that the idea for the Senate Judiciary Committee to hold hearing regarding the subject of police violence against black citizens isn’t a bad idea. This suggestion comes after the violent and tragic death of Minneapolis resident George Floyd, after a law enforcement officer put his knee against his neck while attempting to detain him. As of right now, the city of Minneapolis is full of angry residents who have taken to the street, rioting and looting over the incident, burning some local businesses to the ground. Graham made an appearance on the Hugh Hewitt radio program on Thursday where he was asked whether or not the Senate Judiciary Committee should look into instances of police brutality against black citizens. Graham answered that this is something he most definitely intends to pursue. Here’s more from The Washington Examiner: “I think a lot of African Americans have a legitimate claim to a hearing on the issue of police violence against African American men in these situations. What do you think, Senator Graham?” Hewitt asked. “You know, that’s not a bad idea at all,” Graham responded while adding that he does not want to interfere with the investigation into the death of George Floyd, a 46-year-old black man who was pronounced dead at a hospital after a Minneapolis police officer pinned him down by placing a knee on the back of his neck for approximately eight minutes until he became unresponsive. Graham suggested that folks need to take a few steps back from things and really look at the overall picture of the incidents of police violence against black citizens and the frequency with which they keep occurring. “To take a 30,000-foot view of things: Why does this happen? How often is it? Is it…