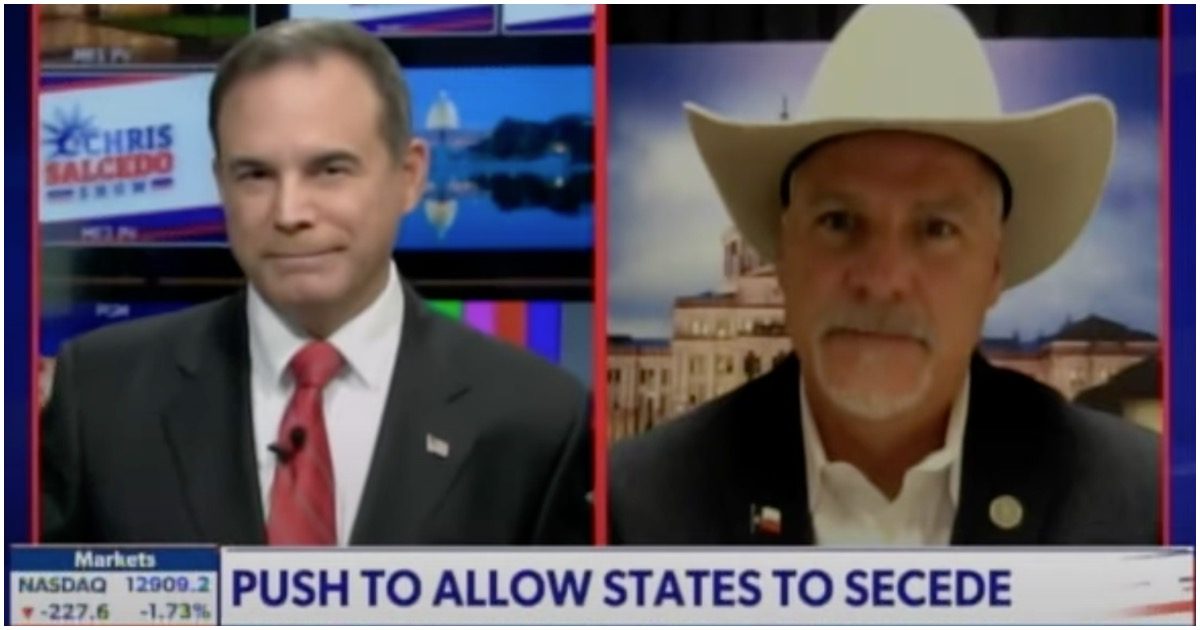 A presidential election rife with voter fraud. A riot at the U.S. Capitol building. Potential armed insurrections at every state capitol building leading up to inauguration day. Things are gettin’ wild, man.

In reaction to the Supreme Court dismissing a lawsuit from Texas Attorney General Ken Paxton to overturn presidential election results in four states, the state’s Republican Party Chairman Allen West posed, “Perhaps, law-abiding states should bond together and form a Union of states that will abide by the constitution.”

The @TexasGOP is out with a statement in the wake of the Supreme Court decision, all but calling for secession:

“Perhaps law-abiding states should bond together and form a Union of states that will abide by the constitution.” pic.twitter.com/4bB3gk88t4