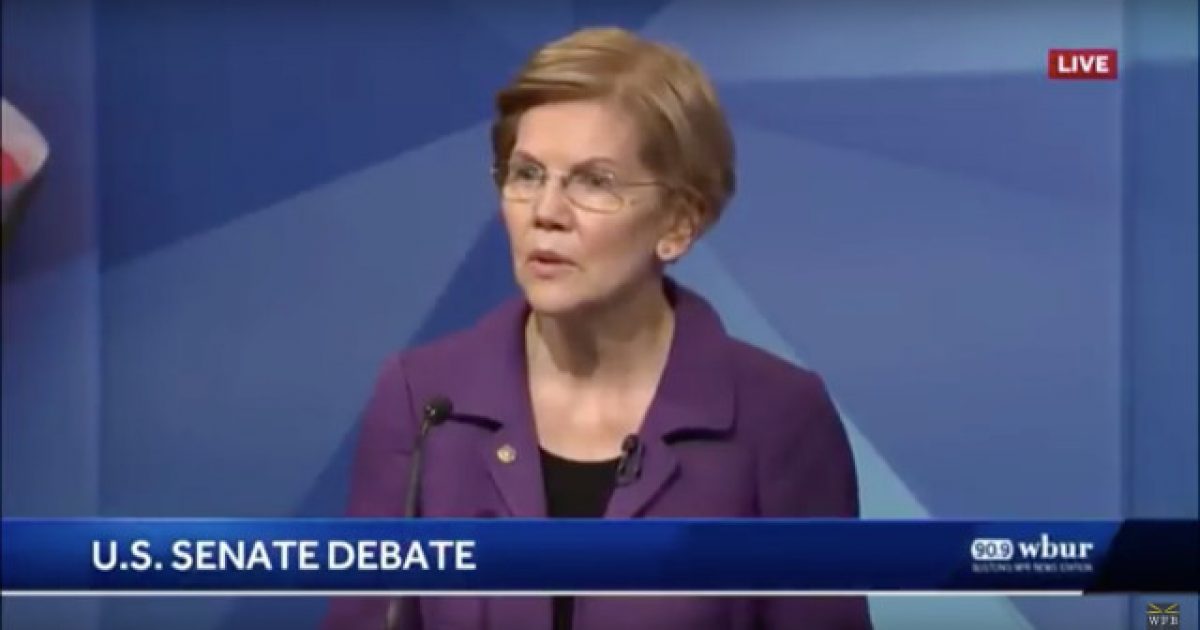 Sen. Elizabeth Warren experienced something rather stunning during a debate with her opponent on Tuesday night, learning for the first time that there was an ethics complaint filed against her for fundraising off of the Kavanaugh confirmation hearings.

That’s right. Her first knowledge that this complaint existed, came during a pivotal debate with her GOP opponent Geoff Diehl.

This is the very definition of awkward.

“Senator Warren was fundraising illegally using the vote on Justice Kavanaugh, the confirmation vote, to try to raise money for her campaigns,” Diehl said.

Warren, who maintained a blank look on her face when Diehl first cited the complaint, attempted to side-step the issue by asking Diehl to name a time that he criticized Trump after he made dismissive remarks about Christine Blasey Ford’s uncorroborated allegations.

But the moderators wouldn’t let the senator off the hook.

“I would like to drill down on what Representative Diehl said,” one moderator said. “The fundraising while the vote was being taken on the Kavanaugh hearing — did you or did you not do that?”

“Actually, I don’t know,” said Warren, an admission that caused a stir in the audience.

“Yes, an ethics complaint has been filed about a fundraising email,” another moderator stated.

“Then, then I will, I will check into it — but I don’t know,” said a flustered Warren.

The complaint in question was launched by the Foundation for Accountability and Civic Trust to the Senate Select Committee on Ethics chair and vice chair on Monday. The complaint is alleging that both Sens. Warren and Kamala Harris violated the “Senate Ethics prohibition against linking a promise of official action to a solicitation of campaign contributions.”

Here’s a video clip of the incident for your viewing pleasure, and if you’re a true blue conservative, there’s little doubt you’ll enjoy this to the fullest.

Google Employees Take to The Streets in Protest Around The Globe