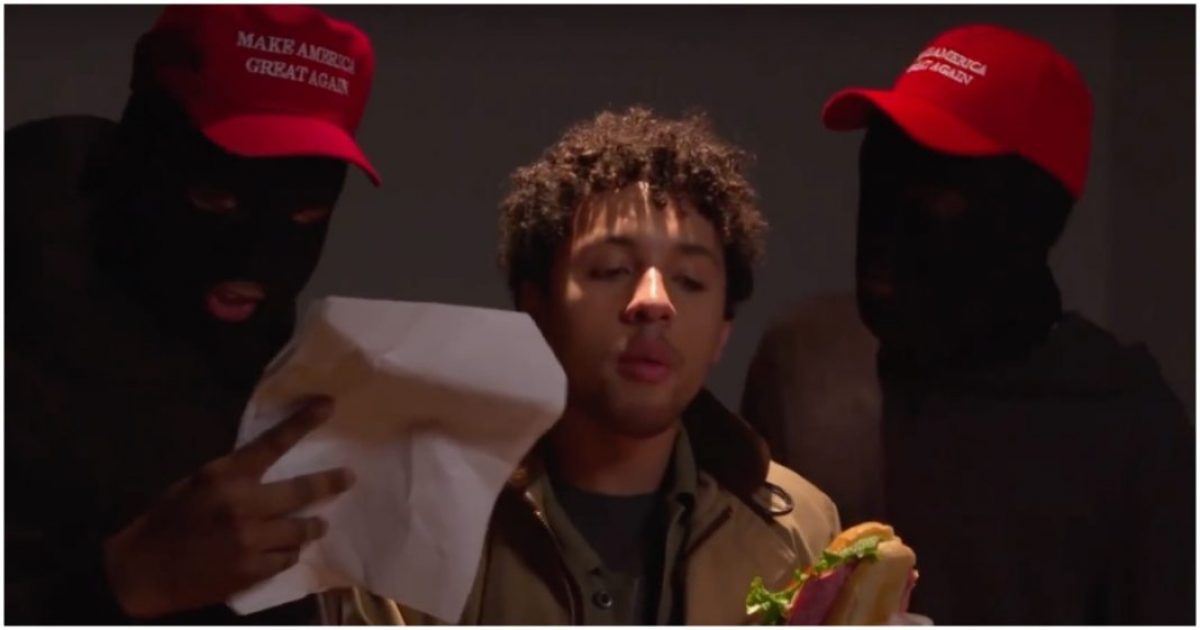 The nightly program is hosted by South African comedian Trevor Noah, who hasn’t exactly been shy about calling out President Trump.

Their spoof is actually pretty funny.

Smollett was officially charged with a felony and arrested:

The brothers who “attacked” Jussie said they were paid by the openly gay actor to go after him.

Now, it is being reported that Smollett told his castmates that he didn’t do it.

Actor Jussie Smollett surrendered to authorities on Thursday morning after he was charged with felony disorderly conduct for allegedly filing a false police report. Later in the day, Smollett was released from prison on $100,000 bond and headed to the set of his Fox show, “Empire,” where he reportedly begged his castmates for forgiveness while simultaneously maintaining his innocence.

“Sources on the ‘Empire’ set tell us the cast and crew were waiting at least 30 minutes for Jussie to begin the scheduled scene. When he eventually showed his face he was very emotional, and surrounded by his family,” says a report from TMZ.

Smollett apparently told the cast: “I’m sorry I’ve put you all through this and not answered any calls. I wanted to say I’m sorry and, you know me, I would never do this to any of you, you are my family. I swear to God, I did not do this.”

NFL Owner Busted In Prostitution Sting, But He’s NOT the Biggest Name Involved