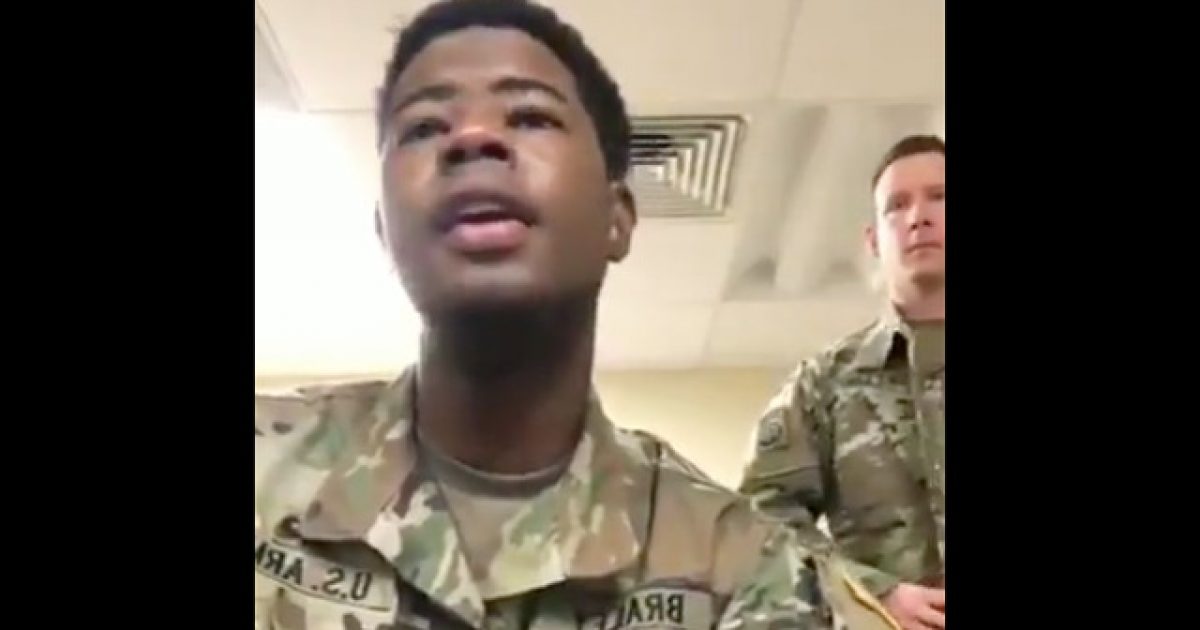 Members of the 82nd Airborne Division, an infantry division that specializes in parachute assault operations into denied areas — and nicknamed the “tip of the spear” — recently created a video of themselves singing “God Bless America” as a tribute for the country they have so graciously agreed to defend with their lives.

It’s a stellar display of patriotism that will stir your heart for the great nation we all call home and is a fantastic reminder during these oh so divisive times in our political climate, that we are all Americans who should be proud of our heritage.

I'm no video editor. Hopefully, the power and humanity comes through. pic.twitter.com/GszG4xmE0U

The 82nd Airborne, formed in 1917, is based at Fort Bragg, North Carolina; the division has sometimes been rated the best trained light infantry division in the world. Members wear the “AA” arm patch, which stands for “All American.”

As the USO notes, “Every year on Fort Bragg, combat engineers from the 82nd compete in a re-enactment of the World War II Waal River pontoon boat crossing, a bold combat maneuver that greatly helped the Allies liberate the Dutch city of Nijmegen. 48 U.S. service members from the 82nd were killed during the historic 1944 crossing and are honored today by 48 street lamps positioned along a recently built bridge over the Waal River.”

Some of the World War II exploits of the 82nd Airborne were featured in the 1962 Oscar-winning film, “The Longest Day.” After Hurrican Katrina struck New Orleans in 2005, units from the 82nd Airborne Division expedited evacuations, performed search-and-rescue operations and helped kept order within the city.

Now that is a beautiful display of love for one’s nation, a message that we desperately need right now, especially with the progressive movement dedicated to keeping Americans separated along political lines.

Sometimes it’s necessary to be reminded of who we are as a country, to look beyond politics and examine the shared experiences that bind us together as a people, and that’s precisely what these videos do.