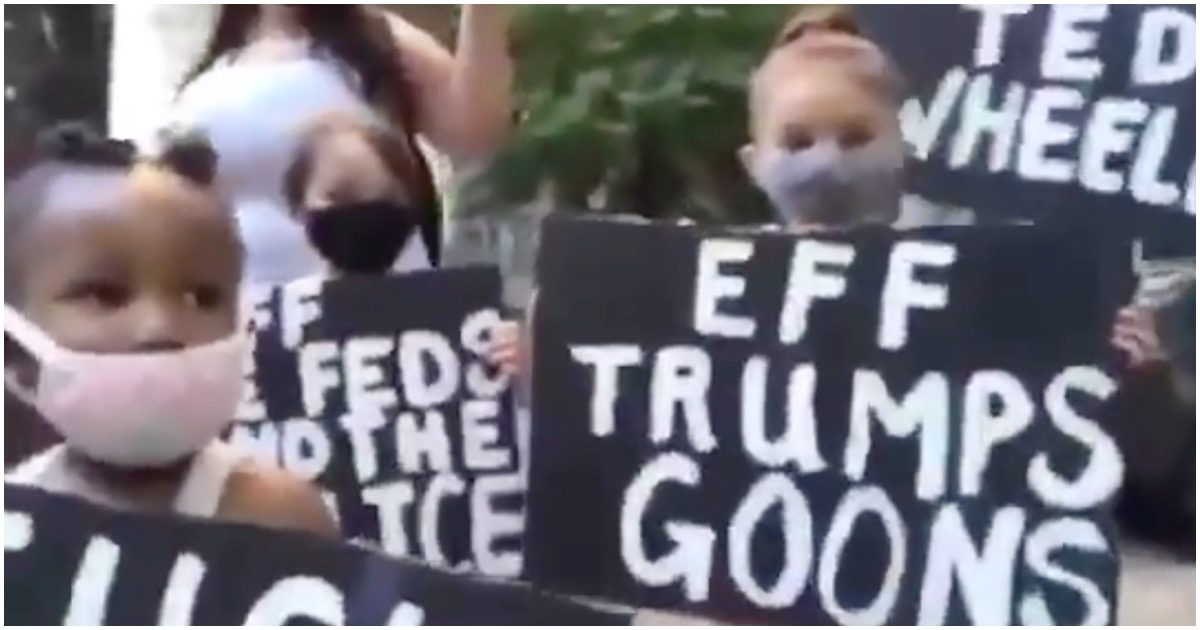 What liberals know how to do best is indoctrinate children from a very young age. Get ’em while they’re young, right? That should be the knew Democrat motto.

The signs these parents gave their kids to hold proves there is no low the left won’t stoop.

Toddlers and very young children are marched outside the Portland federal courthouse. They carry signs and say, “F— the police” on cue from the adults. One toddler does the black power fist. #BlackLivesMatter pic.twitter.com/Xr4ubMrKZs

Related Topics:Black Lives MattereducationFeaturedportlandschoolstoddlersTrump
Up Next