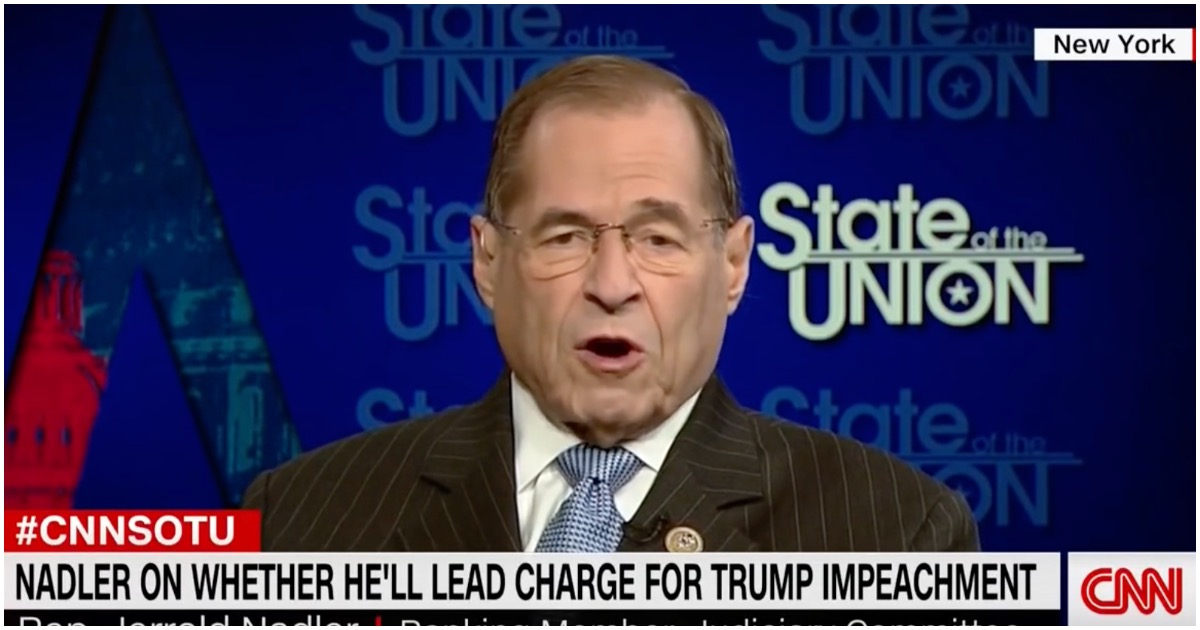 CNN’s “State of the Union” host Jake Tapper asked if Nadler, the incoming House Judiciary Committee chairman, had any plans to impeach Trump now that Democrats will control the House while the 116th U.S. Congress is in session.

“Do you plan to take any action to remove President Trump from office? Are you going to attempt impeachment? The New York Times reported you pitched yourself to your Democratic colleagues as, ‘the strongest member to lead the potential impeachment,'” Tapper said.

“No, no, no. The key word is potential, if it comes up. No. Impeachment is a question that will come up down the road maybe, depending on the findings of the Mueller administration and of other investigations. We’re far from that right now,” Nadler said.

Look How Close Topless Protester Got to Trump Motorcade, Imagine If ISIS Bomber