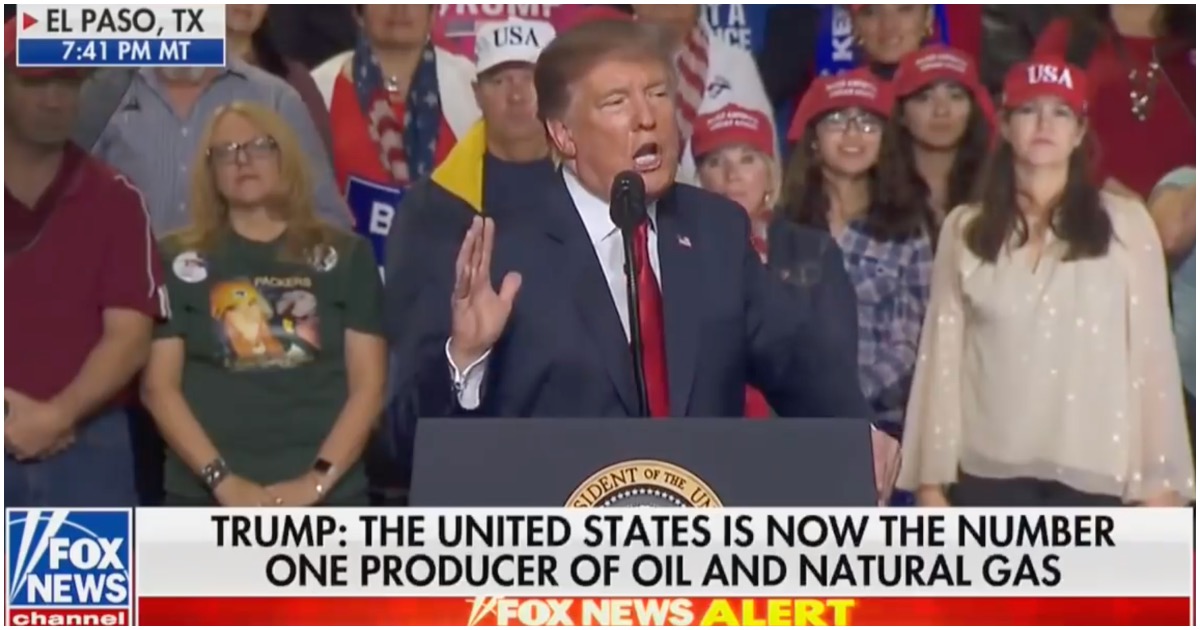 While in El Paso, Texas on Monday night, President Trump was interrupted at least three times during his hour-long speech.

After letting a couple of the outbursts slide, Trump let one man (or woman) have it.

Trump: “Where do these people come from? Where do they come from? They go back home to Mommy. They get punished when they get home.”

"Some of the most dishonest people in media are the fact-checkers." – @realDonaldTrump in El Paso now.

"So I again say to you, and I say it for the world to hear: America will never be a Socialist country. NEVER." – President @realDonaldTrump in El Paso, Texas