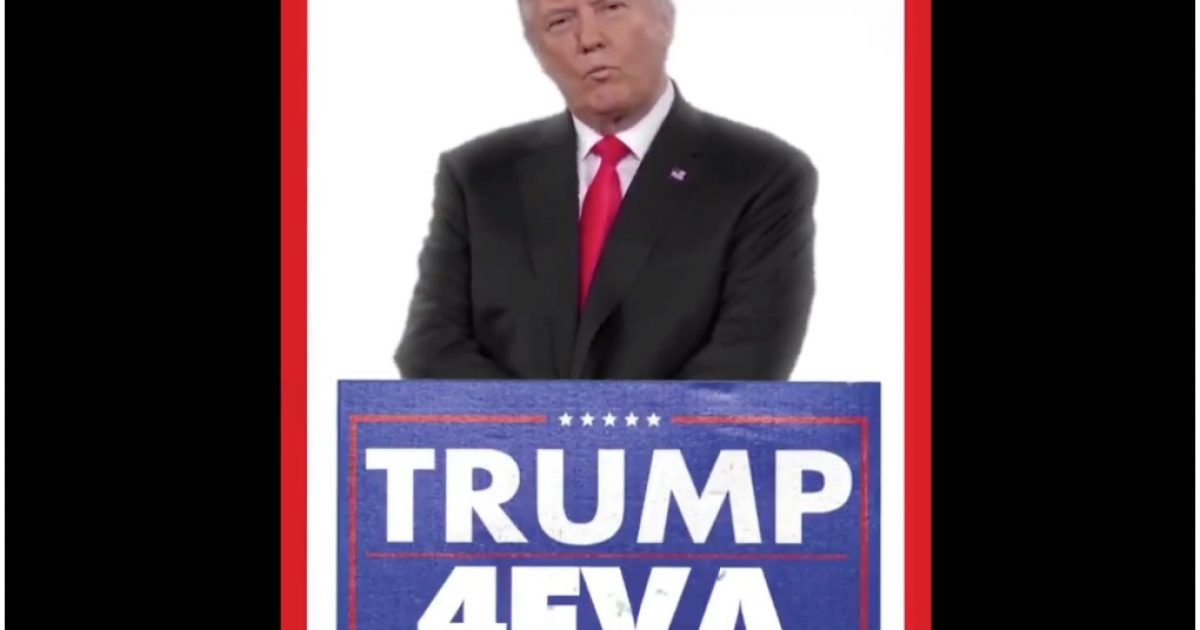 President Trump just trolled the far-left mainstream media harder than possibly ever before.

It only took one quick video.

The MSM thinks 45 is a dictator, so he had some fun with it and gave them what they wanted.

Check these reactions from liberals…

If the constitution doesn't stop you from serving more than two terms, your two filet-o-fish a day diet surely will.

I'm not one to get riled up over Trump tweets, but this one is pretty damn scary. This man doesn't believe in a democratic form of government, and now he's putting feelers out there.

He has to be defeated. https://t.co/nPyXQqxdOY

Does he even know the Constitution is a thing? https://t.co/VkY6lhLcWh

This, ladies and gentlemen, is fascism. https://t.co/M8xl4OYssi

It’s not exactly a secret to say the mainstream media serves as the communications wing of the Democrat Party.

At this point, that much is obvious. Well, since Barack Obama became president, really.

And yet, the MSM looks the other way when Dems incite violence against conservatives and Republicans.

But if the sort of critiques now directed at Ilhan Omar can qualify as “incitement,” then Democrats are certainly guilty of inciting violence against their opponents on countless occasions. Let’s review just three recent examples:

(1) Democrats claimed that President Trump is a secret Russian agent in league with Vladimir Putin.

(2) Democrats accused Brett Kavanaugh of being a serial gang rapist.

(3) Democrats took a truly out-of-context video clip of a bunch of random high school kids from Kentucky and used it to paint them all as privileged bigots.

If this latest Ilhan Omar imbroglio “puts her life at risk,” then Democrats must answer for putting the lives of the president, a Supreme Court justice, and a schoolhouse full of teenagers at risk. By their own standard, they are all essentially terrorists. But by a more reasonable and consistent standard, they are simply guilty of constantly engaging in irresponsible, reckless, libelous, and dishonest rhetoric. The criticism of Omar is none of those things. It is just criticism, and it’s well deserved.

Back in January, President Trump was asked about Democrat Congresswoman Alexandria Ocasio-Cortez (NY).

“When you look at the words that he uses, which are historic dog whistles of white supremacy. When you look at how he reacted to the Charlottesville incident, where neo-Nazis murdered a woman, versus how he manufactures crises like immigrants seeking legal refuge on our borders, it’s, it’s night and day.“

WATCH: Bernie Goes On Record, Says ‘Medicare For All’ Plan WILL Cover the Undocumented