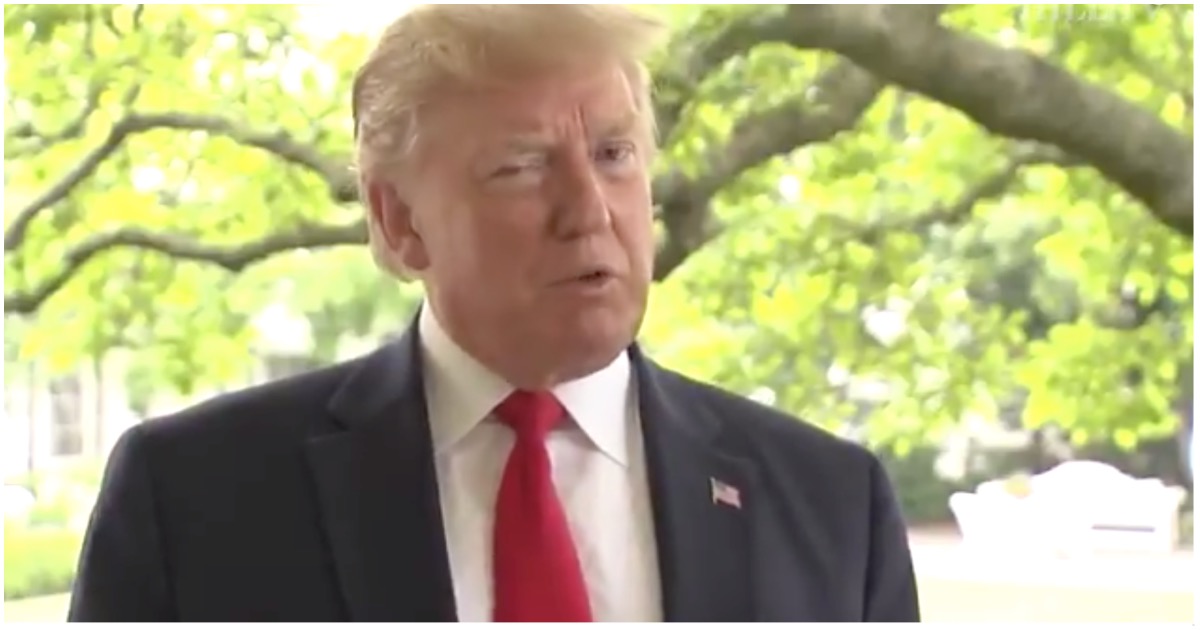 President Trump slammed 2020 contender Joe Biden like he got paid to do it.

He then asked the one question that everyone would like the answer to.

#EXCLUSIVE: President Trump on Joe Biden: "He's a different person than he was 4 or 5 years ago, and he wasn't so hot 4 or 5 years ago. How he doesn’t get President Obama to endorse him? There has to be some reason why he’s not endorsing him."@HillTVLive https://t.co/j3Z8cJ55FE pic.twitter.com/tZa3Aj1dL6

Trump argued Biden made the assertion because “he’s embarrassed by the fact that Obama’s not endorsing him, so he goes out and says, ‘I asked President Obama not to endorse me.’ … So it could be that President Obama knows something, but there is something going on in that brain of his.”

Because Joe is a liberal, he gets away with everything.

Back in 1974, Biden said something immensely wild about the First Amendment.

AOC Is Now Blaming A GOP Rep. For Her Words About ‘Concentration Camps’ — Yes, FOR REAL