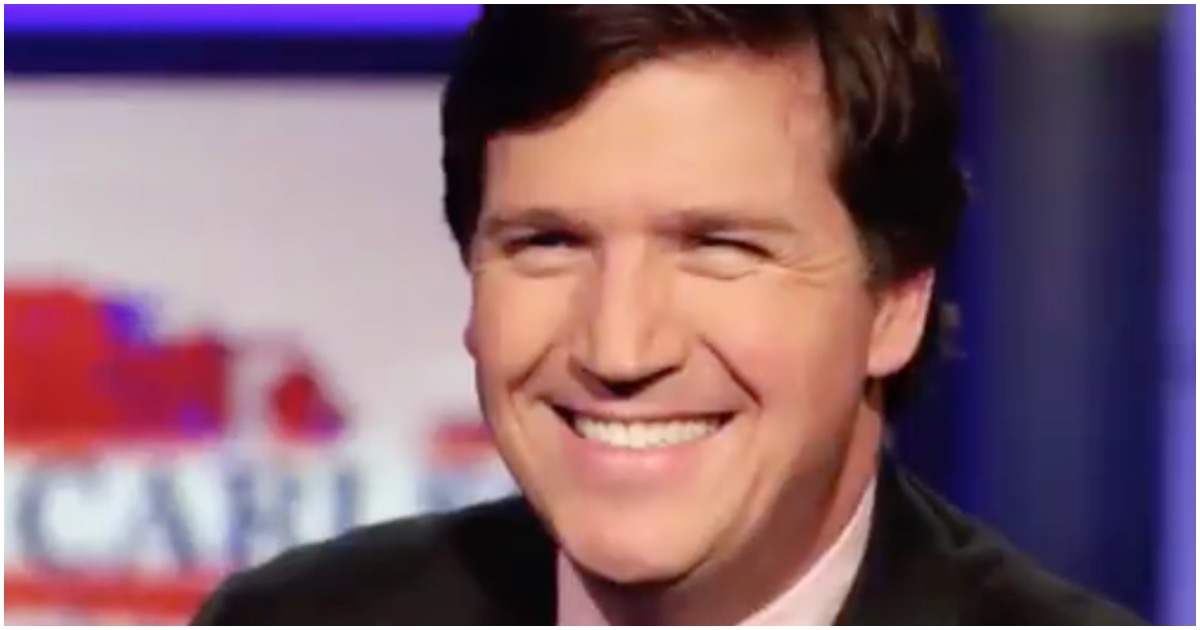 Fox News host Tucker Carlson is known for going off on guests at times.

An unaired interview might’ve just taken the cake, as Tucker ripped into a Dutch writer who argues for raising taxes.

Fox News host Tucker Carlson went off the rails during an unaired interview with a Dutch historian.

And now the Fox News Channel is refusing to air the interview in its entirety likely because of the language.

Carlson was interviewing a leftist Dutch writer named Rutger Bregman who became famous after he told people in Switzerland that their taxes needed to be raised.

Watch Fox News host Tucker Carlson call one of his guests a 'tiny brain…moron' during an interview. NowThis has obtained the full segment with historian Rutger Bregman that Fox News is refusing to air. pic.twitter.com/kERYPUaGLY

Carlson is generally a big supporter of President Trump, which is why an interview from December 2018 so odd.

See what Tucker says about Trump and keeping promises, via Daily Wire:

In an interview on Tuesday with Die Weltwoche, a Swiss weekly magazine, Carlson told Urs Gehriger at his Fox News office in Washington, D.C. that Trump has not kept his promises and has not achieved his goals.

“I think Trump’s role is to begin the conversation about what actually matters. We were not having any conversation about immigration before Trump arrived in Washington. People were bothered about it in different places in the country. It’s a huge country, but that was not a staple of political debate at all. Trump asked basic questions like’ ‘Why don’t our borders work?’ ‘Why should we sign a trade agreement and let the other side cheat?’ Or my favorite of all, ‘What’s the point of NATO?’ The point of NATO was to keep the Soviets from invading western Europe but they haven’t existed in 27 years, so what is the point? These are obvious questions that no one could answer.”

Tucker was asked if Trump has accomplished anything.

“Not much. Not much. Much less than he should have. I’ve come to believe he’s not capable of it.”

The reason Trump hasn’t accomplished much, in Tucker’s view, is because “the legislative process in this country by design is highly complex, and it’s designed to be complex as a way of diffusing power, of course, because the people who framed our Constitution, founded our country, were worried about concentrations of power.”

“They balanced it among the three branches as you know and they made it very hard to make legislation. In order to do it you really have to understand how it works and you have to be very focused on getting it done, and he knows very little about the legislative process, hasn’t learned anything, hasn’t surrounded himself with people that can get it done, hasn’t done all the things you need to do so. It’s mostly his fault that he hasn’t achieved those things. I’m not in charge of Trump.”

Tucker then seemed to be critical of capitalism:

“Capitalism drives change, innovation change, the old ways give way to new ways of doing things, and in the process of change the weak get hurt always. This was true in industrialization 100 years ago and it’s true in the digital revolution now. What’s changed is that nobody is standing up on behalf of the people who are being crushed by the change.”

Tucker also added that socialism is “absolutely” in America’s future.

Is he wrong about any of this?