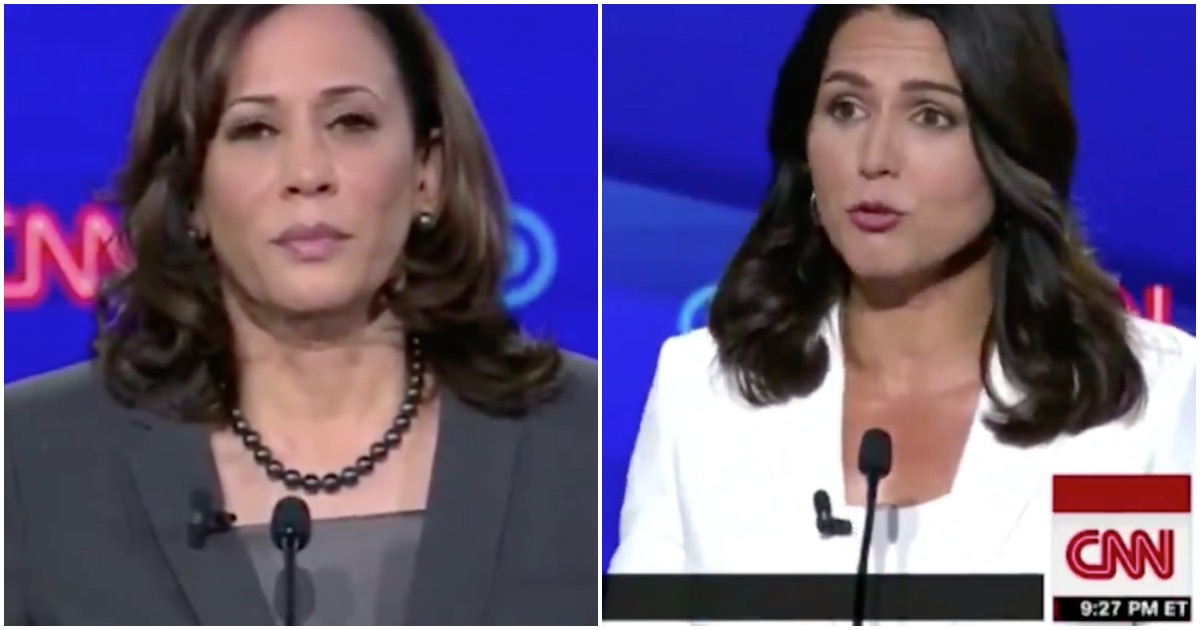 It was pretty brutal.

CNN is in the bag for Kamala, so they’ll come to her defense – if they haven’t already.

Before she was the junior senator from California, Kamala served as the Golden State’s attorney general.

Prior to that, she was district attorney of San Francisco (and mistress to Mayor Willie Brown).

In 2010, Harris talked about jailing parents over their truant children.

Harris: “So, to that end, on my letterhead — now, let me tell you something about my letterhead. When you’re the DA of a major city in this country, usually the job comes with a badge. And there is often an artistic rendering of said badge on your stationery.”

“So, I sent a letter out on my letterhead to every parent in the school district, outlining the connection that was statistically proven between elementary school truancy, high school dropouts, who will become a victim of crime, and who will become a perpetrator or crime.”

“We sent it out to everyone. A friend of mine actually called me and he said, Kamala, my wife got the letter. She freaked out. She brought all the kids into the living room, held up the letter, said if you don’t go to school, Kamala is going to put you and me in jail.”

Harris is now calling for reparations for slavery.

She gave a lengthy answer, then when pushed on it, agreed with Charlamagne that she would support “some type of” reparations.

Imagine if a Republican commentator said this. PANDEMONIUM.