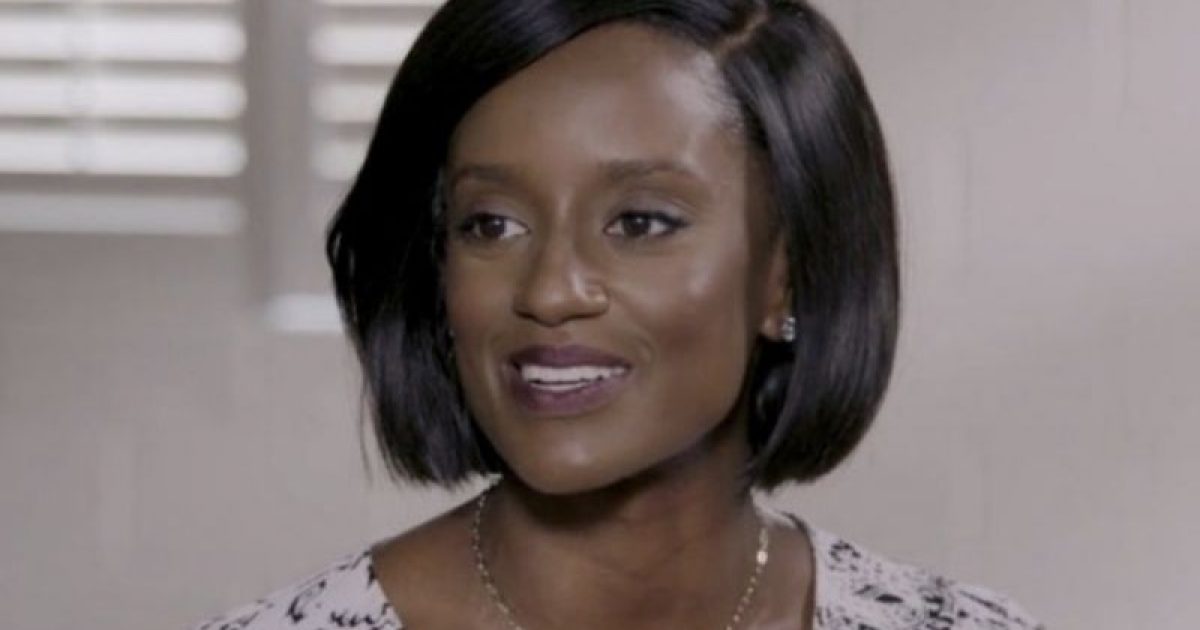 Like many veterans who return to civilian life, Skye Marshall, despite having landed a great new job at a pharmaceutical marketing firm, felt like something was just not right.

She found herself convinced life in a cubicle just wasn’t for her, but she had no idea what to do about it or where to go next.

This was when her mother presented her with a simple–but powerful–solution.

“You need to ask God for clarity,” her mother told her, she recently told PureFlix’s Pure Talk.

This admonition came with a caveat: “But whatever it is, you’ve got to do it.”

“I prayed and I prayed and it was within two weeks I woke up right before my alarm clock and it was as clear as day — ‘Acting, go to L.A.,’” she recalls.

Indivisible star Skye Marshall asked God for clarity on her life — and the Air Force veteran was truly shocked by His response. Watch her explain how she landed in Hollywood, and what she's hoping viewers take away from her new film. #PureTalk

Not the typical answer to a prayer that one would expect, and Marshall resisted the call.

But as time went on she couldn’t deny that God was making himself clear.

“I could not run from it, so for me [it was] getting that message and receiving it,” she says.

She finally packed up and headed out to to LA, with nothing more than God’s call to bring her there.

Interestingly enough, she ended up landing a role that she couldn’t have been more perfect for, confirming God’s hand was clearly in her decision to leave everything behind and pursue acting.

She explained that her character is in the Army and that the film shows Shonda getting a letter informing her that she would soon be deployed to Iraq. Through the film, Marshall said people will get a sense of what soldiers go through after receiving the call and going abroad to fight for America.

Marshall is particularly excited about the role, as she has long wanted to play a veteran or an active duty officer. Despite her own experience in the Air Force, she had previously been turned down for such roles, being told she didn’t have “the look.”

But when she heard the plotline for “Indivisible,” she knew it was the perfect story for her.

Marshall also shared some of the lessons she took away from her real-life military service, noting that she learned “laser-beam focus,” integrity and the importance of accepting herself. She also highlighted an important point that is driven home in “Indivisible.”

“A lot of time people will say, ‘Thank you for your service’ and they have no idea what that service is,” she said. “It’s not only just the military member that’s enlisted, so is the wife, so is the husband, so are the kids. … It’s not just that service member. You’re thanking the family for their sacrifice.”

We don’t often think of acting as filling a need, but this film appears to be a powerful look at the challenges veterans face in their lives and relationships, and Marshall was clearly a perfect candidate to share this message:

“Just because they’re out of the uniform, the battle hasn’t ended,” she said, explaining that PTSD and other issues can often negatively impact marriages.

Check out this scene starring Marshall: