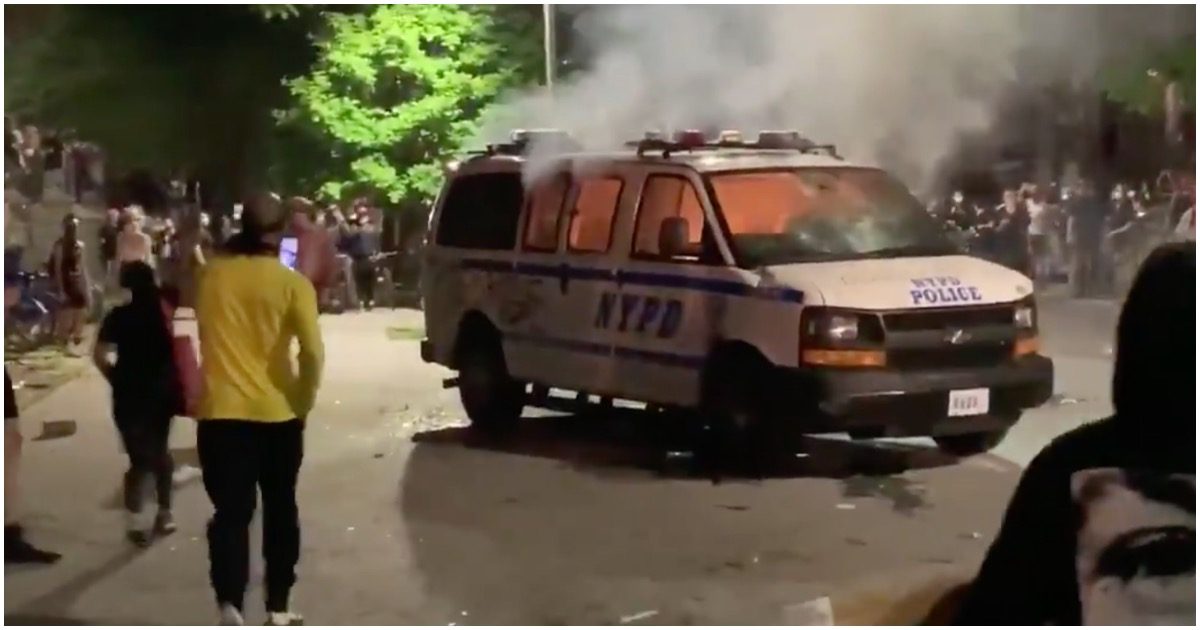 There’s a whole heck of a lot to unpack regarding the death of Minnesota man George Floyd and former police officer Derek Chauvin. Let’s just get right to the latest news.

On Friday, the Hennepin County Medical Examiner issued a report saying a preliminary autopsy showed no evidence that George Floyd died of strangulation and traumatic asphyxia.

Floyd’s arrest was captured on video and went viral earlier this week. During the incident, at least one officer is seen kneeling on the 46-year-old’s neck while Floyd repeatedly tells him he can’t breath. Floyd died soon following the arrest.

Here's the court document where prosecutors summarize what happened to George Floyd. Note: medical examiner says there are "no physical findings that support a diagnosis of traumatic asphyxia or strangulation" but also says police restraint likely contributed to Floyd's death. pic.twitter.com/Fe9G48JDRi

Violent rioters or protesters (or whatever the PC word is these days) are doing some pretty awful stuff all over the country, in major cities such as Atlanta, Los Angeles, New York City, and Washington DC.

NYPD Van has been set on fire on Dekalb Ave pic.twitter.com/YG9csSsagg

Protests over the death of George Floyd erupted in Brooklyn where there have been at least 150 arrests and a dozen NYPD officers hurt. Demonstrators targeted two precincts, the 88 where a van was set on fire and the 79 were some made it inside before being arrested

Some how, rioters breached the Treasury Department!

Rioters in Washington, D.C., reportedly breached the U.S. Treasury Department and have caused some damage to the building.

4 men pose in front of the Freedman’s Bank building, now a @USTreasury annex near WH, after it was tagged during the mainly peaceful protest today. Historic site bc the bank helped newly emancipated communities in the post-Civil War era. Frederick Douglass was bank president. pic.twitter.com/jcyIwHKJFC

A CNN anchor just said on live TV that the riots in MN were "entirely peaceful" and a "merry caravan" and then seconds later someone throws a bottle directly at him.

You can't make this stuff up. pic.twitter.com/CtsYvBVzCH

Black Woman Punches White Cop In the Face, Then A Black Cop Knocks Her to the Ground