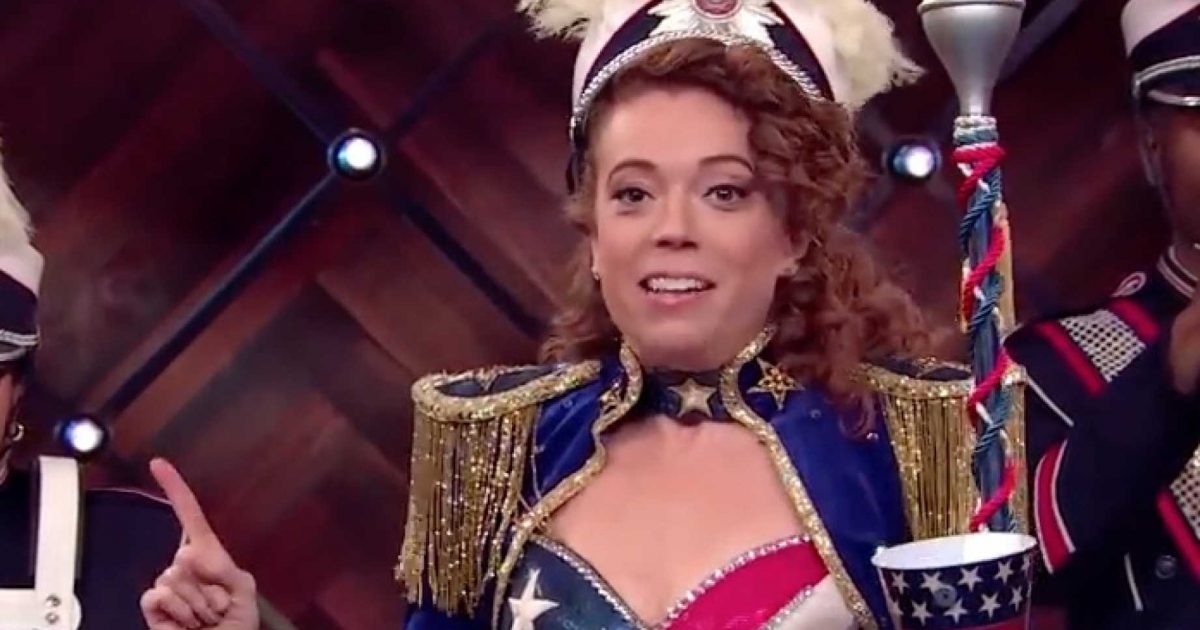 Comedienne Michelle Wolf (I use that term loosely) made quite a name for herself by giving an absolutely un-funny, tasteless, and terrible comedy routine at the White House Press Association dinner earlier this year.

While she was slammed by both the right and the left for her brutal roast of White House Press Secretary Sarah Huckabee Sanders, she has never once repented of the many lines she crossed between asking “what’s ‘Uncle Tom’ for white women who disappoint other white women?” and explaining not to “knock abortion until you’ve tried it, and you’ve really got to knock it, gotta get that baby out of there.”

She’s continued to double-down on her offensive, abhorrent brand of comedy on her Comedy Central show “The Break”, releasing a particularly disgusting offensive segment on how much she just loves abortion.

In a clip for the show that was published on Sunday, Wolf stated, “Look, access to abortion is good and important. Some people say abortion is ‘killing a baby.’ It’s not. It’s stopping a baby from happening. It’s like ‘Back to the Future’ and abortion is the DeLorean. And everyone loves DeLoreans.”

Then Wolf targeted the pro-life movement with more rancid language, asserting, “Pro-life is a propaganda term that isn’t real, like healthy ice cream and handsome testicles,” and adding “anti-abortion” really meant “anti-woman … If these people were actually pro-life, they would be fighting hard for healthcare, child care, education, gun control, and protecting the environment.”

Wolf continued, “These days, abortion providers have been terrorized by the Right into downplaying their abortion services. You should be proud of it. You’re doing a good thing.”

Wolf, whose show is in its first year, concluded the segment with her “10th Annual Salute to Abortions,” accompanied by a marching band, a balloon arch, and with her dressed in a patriotic costume. As “You’re a Grand Old Flag” played, she intoned, “Abortion I salute you. Women if you need an abortion, get one,” then tossed confetti as she asserted, “God bless abortions and God bless America.”

I think I’m going to be sick.

Never forget that politics is downstream from culture. A few years ago it was the “shout your abortion” movement, a far cry from the days of “abortion should be legal, safe, and rare.” Now Michelle Wolf is leading the pack in not only defending abortion, but using comedy to celebrate it and even joke about its heinous nature.

The really sad thing, I think, is her self-delusion that abortion is “like a time machine.” It’s not, any more than killing someone who’s witnessed you commit a crime undoes the crime they saw.

Abortion ends a human life, period. No matter who often abortion advocates try to claim otherwise, science is not on their side.

At the end of the day, I believe they know it ends a human life; its simply a human life they consider to be less important than their own.

Wolf’s despicable jokes and love for abortion, however, are also a sign of the left’s desperation as Trump closes in on a Supreme Court pick that may very well overturn Roe v. Wade. So while we may be horrified she’d go this far, we should also take comfort knowing how awful she makes the pro-choice movement look, and how much she betrays how scared they are knowing their days of “time travel” may soon be over.

Never-Trump Republicans May Have MAJOR Impact on 2018 Mid-Terms