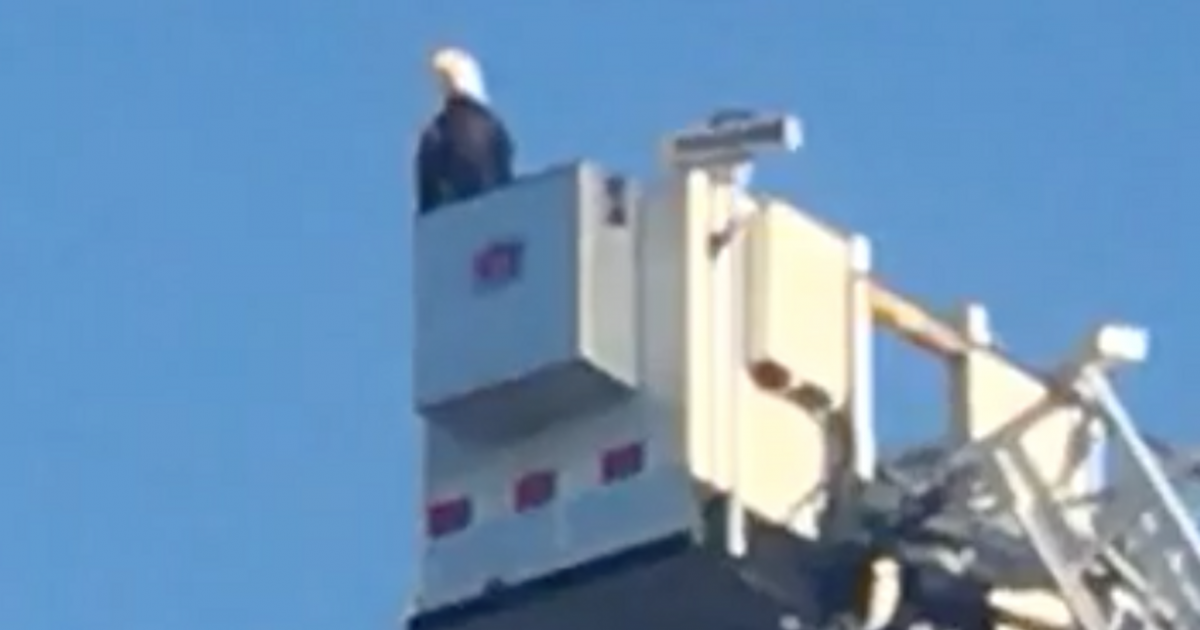 I don’t believe in coincidences.

In a powerful moment captured on video, a Minnesota firefighters’ 9/11 memorial display had a very fitting visitor:

The Andover Fire Department was preparing their tribute to their fallen brothers and sisters who responded to the World Trade Center following the September 11 terrorist attacks when Fire Chief Jerry Streich noticed the eagle landing atop their display.

So he grabbed his phone, and the video has now gone viral, being viewed over 3 million times in less than 24 hours.

“Look what landed on top of the aerial on 9/11,” Streich says in the video. “Isn’t that unbelievable? This eagle just landed on the aerial while we were doing the 9/11 memorial. Phenomenal.”

The fire truck, which was parked on the Highway 10 bridge, was holding an American flag to honor and remember those who lost their lives on 9/11. While the Andover Fire Department — along with several surrounding departments — held their tribute, an eagle perched at the top of the aerial truck, creating a chill-inducing moment.

“There’s no better symbol to represent America today than a flag but then for an eagle to land on a fire truck holding a flag, I mean, it doesn’t get much more symbolic than that,” Streich said.

“I had to look at it a few times,” he added, of the moment he first noticed the eagle. “And then I thought, I need to videotape this!”

An eagle landing on the Aerial truck during our 9/11 display! Media: Please feel free to share (Not edit) this video. The video was captured by Fire Chief Jerry Streich, Andover Fire Department #ATeam and has reached over 9.8 million views as of 9/17. To reach Chief J.Streich, contact at 763.767.5192

VIDEO: Son Who Lost Mother in 9/11 Attacks Destroys Democrats For Using Victims as ‘Props.’ Here’s What He Had to Say. 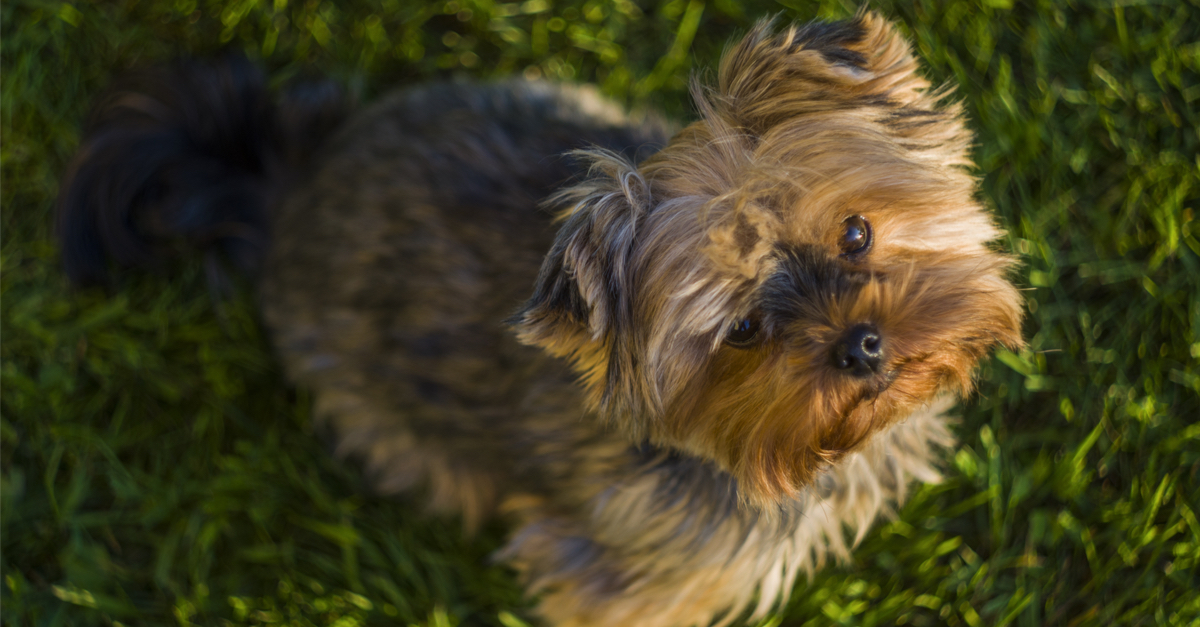 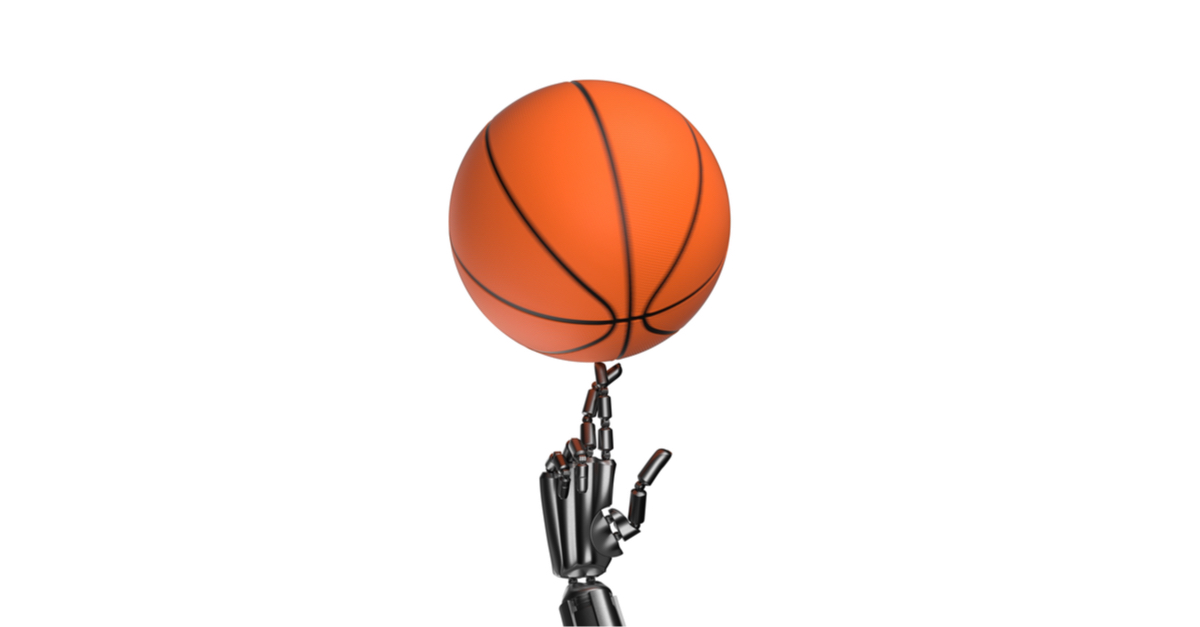 Maybe it’s because it was drilled into us from a young age by Hollywood, or by Orwell and other in the written realm, but Americans are seemingly universally unwelcoming of the idea of robots in general. These never-tiring, always accurate machines could soon replace many of us in the workplace, leading to the sort of apocalyptic poverty that we see in only the most dystopian of films. And every year, it gets a little spookier. At the 2020/2021 Olympics, a demonstration by a basketball-focused machine really drove the point home. The Tokyo Olympics men’s basketball matchup between the U.S. and France was briefly overshadowed by a robot at halftime. The robot was spotted at the foul line taking almost as long as NBA champion Giannis Antetokounmpo to shoot, but the machine made the basket. The robot was then placed at the top of the three-point arch and shot the ball with as much precision as Golden State Warriors star Stephen Curry. Video of the exhibition was both impressive and unnerving. https://twitter.com/NBCOlympics/status/1419286794609336323?ref_src=twsrc%5Etfw%7Ctwcamp%5Etweetembed%7Ctwterm%5E1419286794609336323%7Ctwgr%5E%7Ctwcon%5Es1_&ref_url=https%3A%2F%2Fwww.foxnews.com%2Fsports%2Ftokyo-olympics-robot-us-france-halftime And another angle: https://twitter.com/annkillion/status/1419280507028721666?ref_src=twsrc%5Etfw%7Ctwcamp%5Etweetembed%7Ctwterm%5E1419280507028721666%7Ctwgr%5E%7Ctwcon%5Es1_&ref_url=https%3A%2F%2Fwww.foxnews.com%2Fsports%2Ftokyo-olympics-robot-us-france-halftime Then, from half-court: https://twitter.com/B24Dunk/status/1419286890122039310?ref_src=twsrc%5Etfw%7Ctwcamp%5Etweetembed%7Ctwterm%5E1419286890122039310%7Ctwgr%5E%7Ctwcon%5Es1_&ref_url=https%3A%2F%2Fwww.foxnews.com%2Fsports%2Ftokyo-olympics-robot-us-france-halftime   After halftime, however, things didn’t fare so well for Team America, who lost 83-76; one of the first losses by the US olympic team in 24 games.