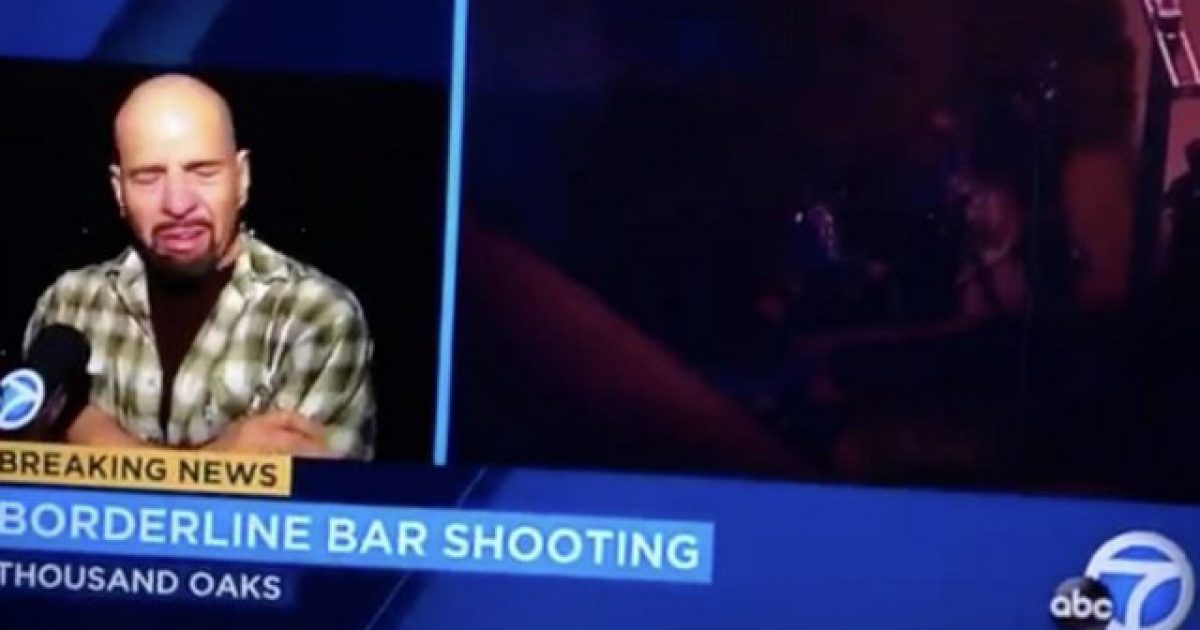 A survivor of the recent horrific mass killing in California spoke with the media and the account he’s given of the events that transpired has taken the Internet by storm in the most heartbreaking way.

Twelve people were murdered in cold blood in the massacre at an establishment in Thousand Oaks, California. Twenty-one others where injured during the shooting.

“My son thought it was a joke, and so I pulled him down, got some cover,” the man explained.

“He didn’t say anything at all, he just started shooting,” the survivor added. “I should have stayed … but I was worried about my boy.

“I should have stayed,” he sobbed. “I apologize to anybody who got hurt, or passed, I’m sorry. They’re all young. I’m 56; I’ve lived life — they’re all young. This shouldn’t have happened to them.”

Absolutely heartbreaking interview from witness with @ABC7Jory at scene of reported mass shooting at #Borderline in #ThousandOaks. “They’re so young, this shouldn’t have happened to them.” pic.twitter.com/gwHU4XCfaO

This man has absolutely no reason whatsoever to feel guilty or ashamed of himself for the way he acted in this horrifying situation. A man’s first priority is to protect his own family, and that’s precisely what he did. It’s refreshing to see a father care so much for his son and do his duty to protect and watch over him. This is what a good father looks like.

The only person to blame for this tragedy is the shooter himself. Each one of us is responsible for our own wickedness before God. This individual made a conscious choice to carry out an evil act and murder fellow image bearers of the Lord. No one else is responsible for that crime.

In a just society, a murderer would be given the death penalty. Let’s hope justice is served in this case.

Ginsburg Takes Spill in Office, Taken to Hospital with Injuries