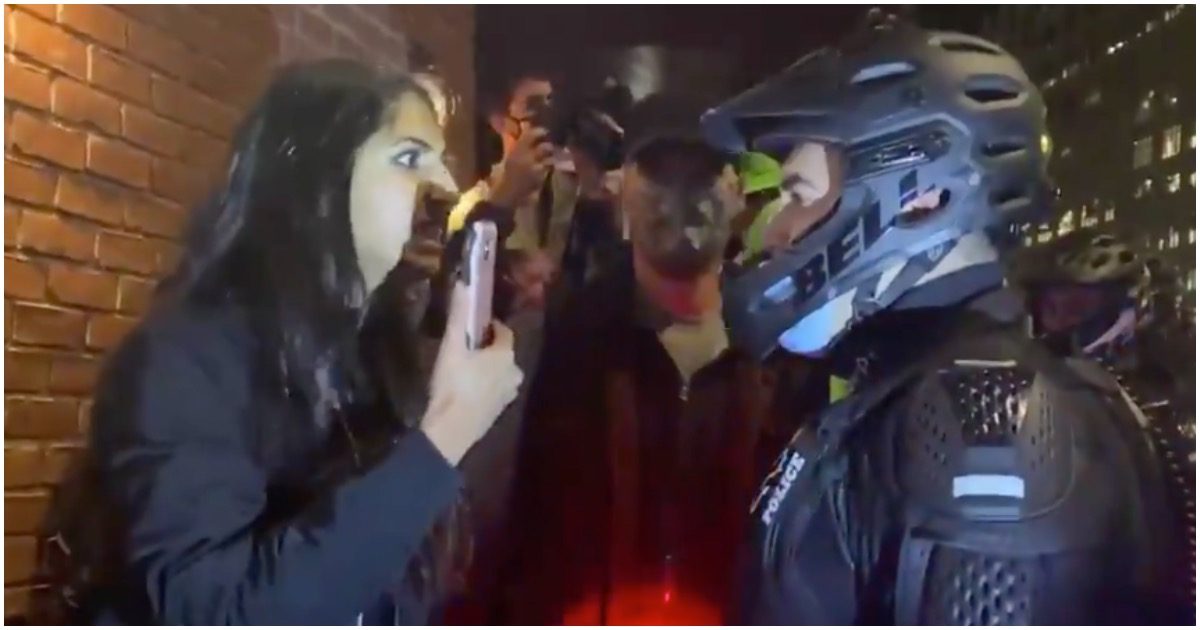 Video from New York City shows a female protester spitting in a police officer’s face after screaming obscenities at him. The officer arrested the woman after she appeared to assault him by spitting in his face.

A young woman was arrested after she spat in an officer’s face after screaming, “F–k you, fascist,” tonight in the West Village. pic.twitter.com/cfgVLYJ5pc

We appreciate and value the importance of freedom of speech. Our top priority is and always will be safety. We have arrested more than 20 individuals who attempted to hijack a peaceful protest by lighting fires, throwing garbage and eggs in Manhattan. pic.twitter.com/5SzZ6lDWEz

Was it worth it, Devina? Did you think that because you’re a woman you’d get away with spitting in another human being’s face?

Another Whistleblower Comes Forward, Says Orders Were to Back-Date Ballots In PA (Video)