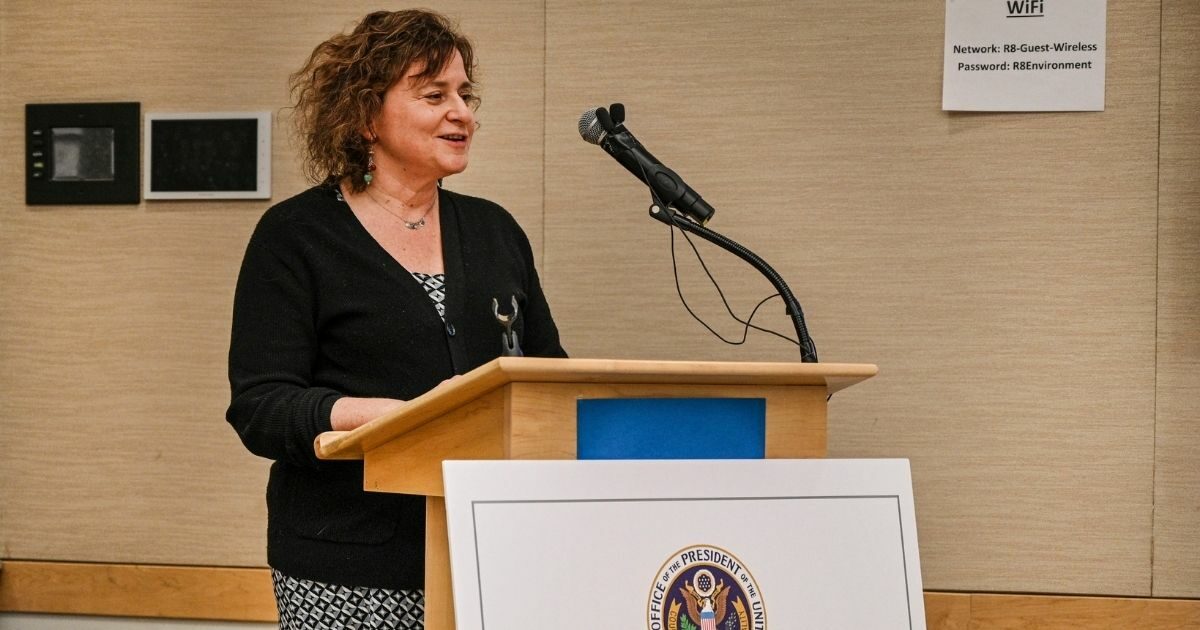 Nada Culver, deputy director of policy and programs at the Bureau of Land Management, is under scrutiny for allegedly using her position in the Biden administration to further her former employer’s goals.

Culver and her department are trying to ban drilling in Alaska, one of the key objectives of the National Audubon Society. Culver had a leading role in the environmental organization prior to joining the Biden administration.

Watchdog group Protect the Public’s Trust released a statement on Monday calling for the Department of the Interior to investigate the possible ethics violation.

“Prior to joining Interior, Culver was Vice President of Public Lands and Senior Policy Counsel at the National Audubon Society, a $500 million national special interest organization,” the statement said.

“During her tenure, the National Audubon Society petitioned [the Bureau of Land Management] to halt progress on [public land orders] signed by then-Secretary David Bernhardt.”

“Upon arriving at BLM, Culver quickly advanced the very actions sought by her former employer.

When the places that have been storing carbon for millions of years are left alone, our planet provides natural solutions to climate change—read how protecting Alaska’s public lands is vital for birds & fighting climate change. @AudubonAlaska1 #BirdsTellUs https://t.co/tDxx7MEYqT

“Absent a waiver from Department ethics officials, this would appear to violate federal ethics laws as well as the Biden Ethics Pledge, which bars political appointees from participating in particular matters related to their former employers and clients.”

“The American public deserves to be assured political appointees are carrying out their duties in an ethical, impartial manner without favoritism to previous employers or these large special interest groups,” he added.

“If a high-ranking official like Culver can come in and, as one of her first actions, do her former employer’s bidding, it’s hard for the American public to understand exactly what purpose the impartiality regulations or the Biden Ethics Pledge serve.”

Nada Culver from @audubonsociety said “now is no time to be ignoring new science or the indirect or cumulative effects of climate change, which is what would happen under the #NEPA rule changes.” #ProtectYourVoice pic.twitter.com/Iuqktg0ZjY

While Culver was serving as a vice president of the National Audubon Society, the group led the charge against former Interior Secretary David Bernhardt’s plan to utilize public land in Alaska.

Now that she is a federal official, she was able to delay Bernhardt’s plan by two years, The Washington Free Beacon reported.

Culver isn’t the first Biden administration official to face backlash over a possible conflict of interest.

Energy Secretary Jennifer Granholm came under fire for promoting Proterra, an electric vehicle company in which she held a large financial stake and at which she once sat on the board of directors.

Whether or not one agrees with Culver’s stance on drilling, the concerns highlighted by Protect the Public’s Trust certainly have merit.

That Culver is using her new government position to meet the demands of her former employer is shady at best.

The Department of Interior should definitely look into the claims made against her. It is crucial to ensure that bureaucrats and politicians are working for the people, not their own personal agenda.