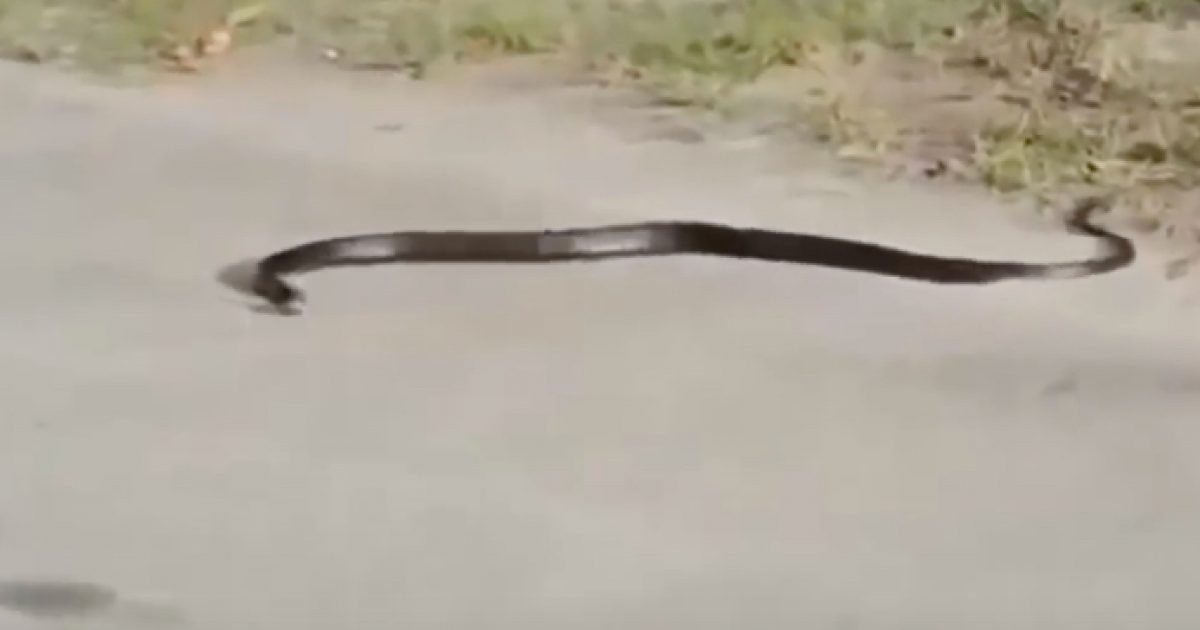 Given the mass glut of tumult that we have been experiencing on this planet as of late, it would foolish to rule out any cause as improbable.

Now, that may just a bit apocalyptic for a Saturday morning, but these are unprecedented times that we are living in.  The political sphere is merely the distraction that we as Americans face currently, but, beyond the DC Swamp, there are plenty of other boogeymen to fear.

Some have turned to the mystical to quench their thirst for answers, and, in doing so, have found epic and conquering signs of the End Times.

People visiting the famous Kotel this week filmed the serpent wriggling out from between the ancient stones.

In the footage, the snake can be seen coming out of the wall after scaring off a pigeon that had been perched there.

And it is reportedly a sign of the return of the Messiah.

“We are truly in the dangerous times that directly precede Mashiach (Messiah),” Breaking News Israel reported, quoting a Hebrew blogger.

The story goes on…

“Just as the pigeon is safe so long as it seeks shelter among the stones of the Temple Mount, the Jews are protected by the Torah commandments.

“When the pigeon comes out from the stones or the Jews move away from the Torah, they are in danger.”

It continues: “The site also claimed the appearance of a snake coming out of the stones of the Temple Mount could be seen as an auspicious sign.

Much like the constant fear of apocalypse being stoked by those looking to the skies, these prophecies must only be taken as seriously as your perception allows.

Little Girl With Autism Mistakes Bride for Cinderella. How the Bride Reacts Is Priceless.