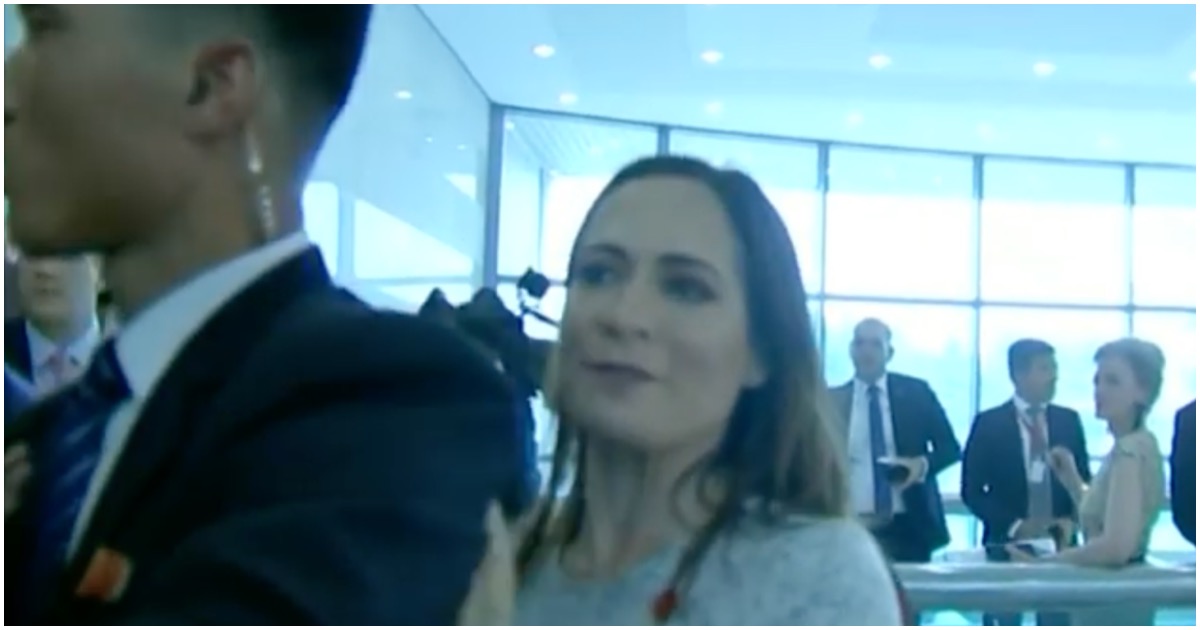 A couple of weird things happened while you slept.

On the other side of the world, Donald Trump became the first sitting U.S. president to enter the hermit kingdom when he crossed the DMZ into North Korea.

Check this out first, then we’ll get to new White House Press Secretary Stephanie Grisham’s troubles.

“I was very surprised to hear about your offer on the tweet and only late in the afternoon I was able to confirm your invitation. I had wanted to meet you again and especially for both Koreas, this place is a sign of unfortunate history of the past,” Kim Jong Un is reported as saying.

The new White House press secretary, Stephanie Grisham, got into a scuffle with North Korean officials on Sunday during a chaotic scene outside a meeting room where US President Donald Trump and North Korean leader Kim Jong Un talked privately.

A source at the scene said Grisham got in “an all out brawl” with North Korean officials as American and North Korean reporters were hustled in to view the summit. Grisham was bruised a bit in the scuffle, the source added.

Imagine that you’re just walking across the street minding your own business.

This is America in 2019 thanks to Congressional Democrats, Hollywood elitists and the severely politically uninformed around the nation.

What’s worse is the Asians who were harassed by a couple of black men are North Korean defectors.

The video shows a group of black men surrounding the Asians, grabbing the MAGA hats off their heads, and throwing one of them in the air before stomping on it.

The lady in this video wearing a MAGA hat says “we're from North Korea." Sad to see the disrespect these North Korean defectors were greeted by.