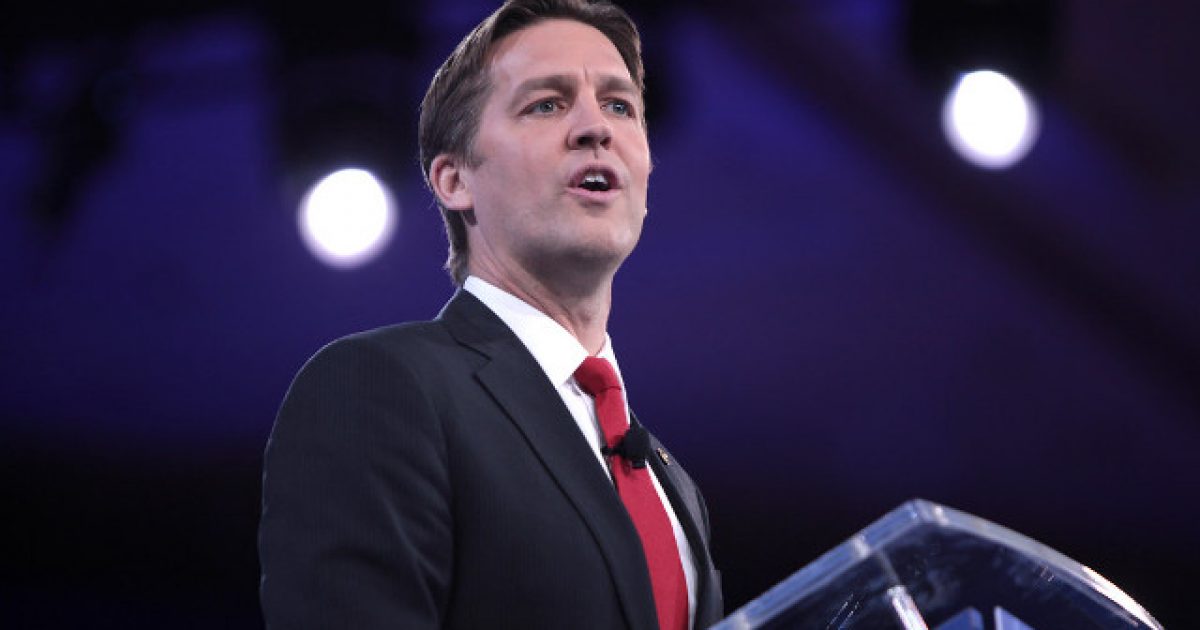 On Tuesday of this week, Sen. Ben Sasse crafted a letter to Attorney General Bill Barr, requesting that the Department of Justice shred now deceased billionaire pedophile Jeffrey Epstein’s 2008 non-prosecution, non-investigation agreement, which would enable his co-conspirators to be brought to justice.

This sounds like a great idea. Americans across the country are beyond sick and tired of seeing the rich and powerful escape the long arm of the law, as if they were above it and beholden to a different standard than the rest of us.

Make it so, AG Barr.

Sasse wrote, “Too many of Epstein’s secrets have gone to the grave with him, and the Department must not allow his death to be one last sweetheart deal for his co-conspirators. The victims of Epstein’s international sex trafficking ring deserve justice. In order to bring Epstein’s co-conspirators to justice, the Department of Justice should rip up the non-prosecution, non-investigation agreement entered into by Epstein and the U.S. Attorney’s Office for the Southern District of Florida in 2008.”

The 2008 agreement allowed Epstein immunity from federal charges, permitting him to face state charges that Sasse referred to as a “slap-on-the-wrist sentence that went largely unenforced.”

Sasses added, “The idea that wealth and connections can buy injustice — the only plausible explanation for such pathetically soft terms for a serial child rapist at the heart of a massive international criminal enterprise — is wholly and completely inconsistent with the basic notions of fairness and equality that undergird the rule of law enshrined in our Constitution … This crooked deal cannot stand.”

Sasse concluded, “Only by ensuring that this shameful agreement does not command the force of law in shielding Epstein’s fellow rapists and exploiters can we ensure that some measure of justice is finally delivered to Epstein’s victims who have been let down time and time again by their government. The federal government failed to bring Jeffrey Epstein to justice. We cannot allow Epstein’s accomplices to escape, too.”

Sasse couldn’t be more right about this. The folks who contributed to Epstein’s business deserve to be punished for the heinous crimes they committed against young girls and the victims in these cases absolutely deserve to have some closure, knowing those who hurt them are going to pay for what they have done.

It’s so critical right now for folks to believe once again in the integrity of the justice system and that simply cannot happen without the individuals behind Epstein getting what is coming to them.