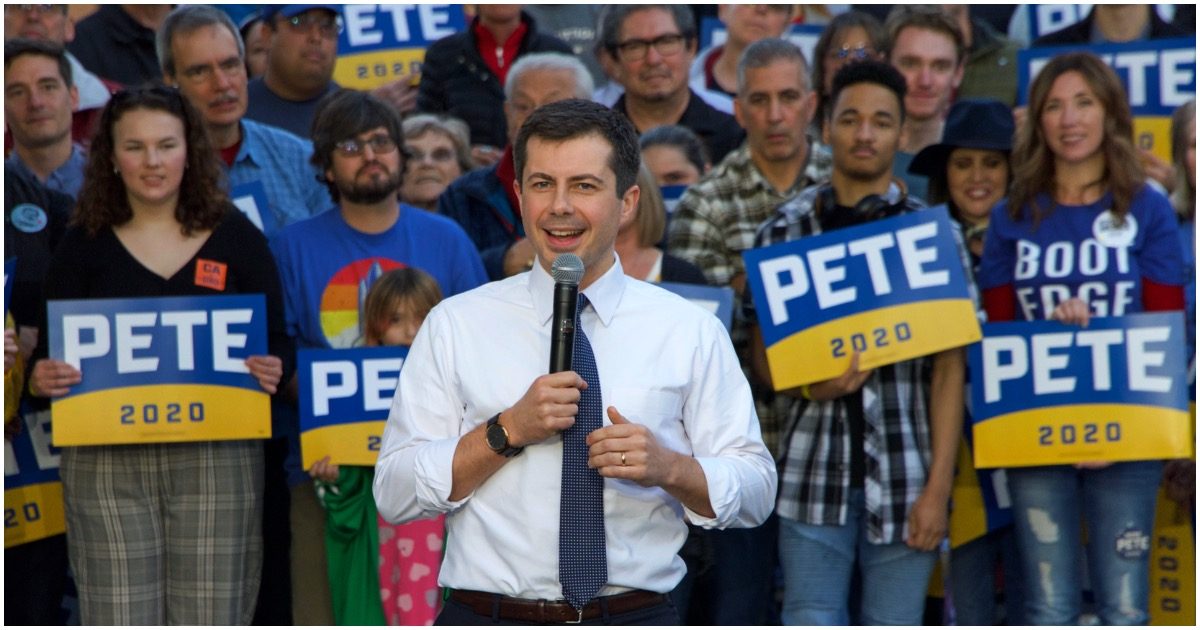 On February 19, 2020, Fox News played a clip of candidate Pete Buttigieg on a televised town hall meeting, being asked a question, that he is least qualified to answer.

“Do you think that it’s impossible to be a Christian and support Trump?”

The question is borderline absurdity, but it is Buttigieg’s answer that is the quintessential example and the very essence of theological error.

Pete said, “I’m not going to tell other Christians how to be Christian, but I will say I cannot find any compatibility between the way this President conducts himself and anything I find in Scripture.”

If Scripture is the criteria by which to judge Donald Trump’s qualifications to be President and our answer to the legitimacy of supporting him – Pete is on thin ice.

The first theology error is to assume that because we live in America or because we attend a church, we are a Christian. According to the scripture a person must be first repent or desist from their sinful life and then be born again by accepting Jesus Christ as their personal Savior. Secondly, they must endeavor to obey every part of the scripture and especially the commands of the Lord Jesus Christ.

“Not every one that saith unto me, Lord, Lord, shall enter into the kingdom of heaven; but he that doeth the will of my Father which is in heaven.” (Mt 7:21)

By his own public confession Donald Trump admits that many things in his old life were wrong, but he now is on a new path. As it pertains to Pete Buttigieg, we haven’t any such proclamation, but rather he flaunts his sinful life as if it were perfectly scriptural – it is not.

In fact, both homosexuality and gay “marriage” are considered a scriptural abomination that is a direct affront to God.

The answer here is perfectly understood and in the interim Pete Buttigieg remains the perfect example of American cultural decline and neo-theological confusion.

“Thou shalt not lie with mankind, as with womankind: it [is] abomination.” (Leviticus 18:22)

“For this cause God gave them up unto vile affections: for even their women did change the natural use into that which is against nature: And likewise also the men, leaving the natural use of the woman, burned in their lust one toward another; men with men working that which is unseemly, and receiving in themselves that recompence of their error which was meet. And even as they did not like to retain God in [their] knowledge, God gave them over to a reprobate mind, to do those things which are not convenient.” (Ro 1: 26-28)

After an honest perusal of this passage it would seem that the choice between Mayor Pete and incumbent Donald Trump comes down to a choice between a republican or a reprobate.

Someone in the Buttigieg campaign should take time to warn Mayor Pete, that using the scriptures against Trump or any other candidate is a risky proposition.

But if Pete insists on using the scripture, let him start here.

“And why beholdest thou the mote that is in thy brother’s eye, but considerest not the beam that is in thine own eye?” (Mt 7:3)