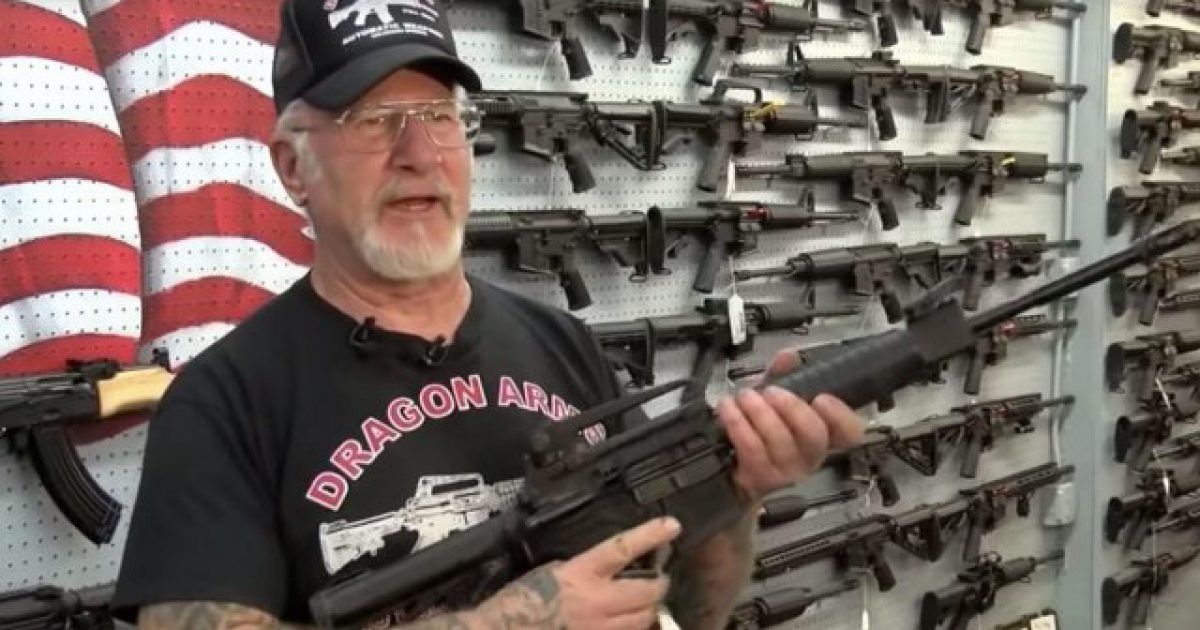 After the horrific hate crime shooting at Tree of Life synagogue in Pittsburgh over the weekend, the topic of the Second Amendment has once again been shoved into the spotlight, with every celebrity in Hollywood demanding strict gun control laws that would negatively impact the right to bear arms.

One man, however, is taking a totally different approach to the issue and it’s sure to leave liberals furious.

Mel Bernstein, owner of Dragonman’s — which serves as a military museum, paintball center, shooting range, and weapons retailer just outside of Colorado Springs — is now offering free AR-15s to area synagogues to help protect their congregants.

According to KRDO-TV, Bernstein — who is also Jewish — has an enticing offer to any rabbi who wants to protect his or her congregation.

Bernstein is offering to give away free AR-15s and 100 rounds of ammunition to any rabbi who is interested.

Bernstein is also willing to provide professional firearm training, according to KOAA-TV.

The estimated value of the deal is about $650. Typical regulations would, of course, remain in place, such as background checks.

A local woman who attends various synagogues in the Colorado Springs area also said she appreciates the offer, but believes the weapon is too large. She is, however, on board with the idea of rabbis being armed with handguns and stated many folks she attends synagogue with conceal-carry.

Al Roker Catches Flack for Dressing as White Man for Halloween. Take a Look at His Response.