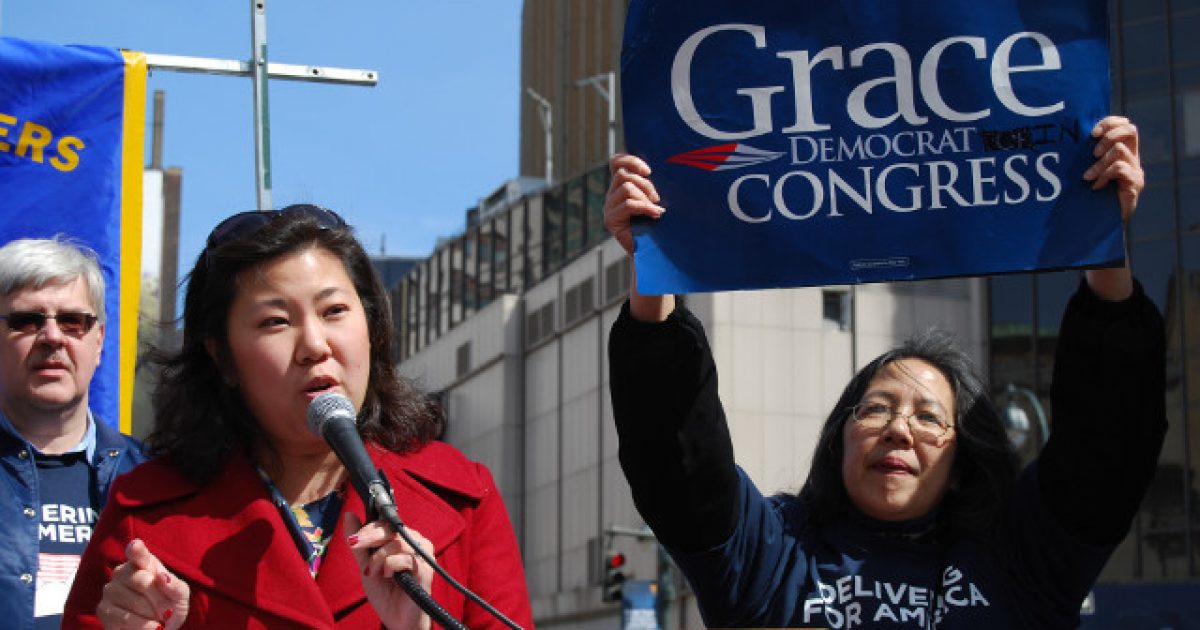 You’d be hard pressed to find a single American, left or right, who wouldn’t agree with the statement that the government is the grandmaster at finding new and creative ways to waste tax dollars, mostly by lining their own pockets with them.

However, there’s a new “scandal” that’s sweeping Capitol Hill and it threatens to further divide the American people, splitting them into even more factions than the ones that currently exist. What is this earth shattering issue?

Democrats are fighting tooth and nail to be allowed to use their office allowance to purchase tampons. Yes, you read that correctly. So heated is the debate over this, that it’s now reached Speaker Ryan’s office.

You can’t make this stuff up. You simply can’t.

Rep. Grace Meng teamed up with Rep. Sean Patrick Maloney, who raised the issue last week when he claimed he was asked to pay back money he used to buy tampons for his office, to write a letter to Speaker Paul D. Ryan asking for offices to be able to be reimbursed for feminine hygiene products.

“We implore you… [to] make feminine hygiene products available to those who need them,” the letter reads. “It is a simple change that can bring sanitation and relief to thousands of Congressional employees, visitors, and Members of Congress alike.”

They also asked Ryan to provide free feminine hygiene products in all bathrooms that are under the jurisdiction of the House, as opposed to members’ offices.

“Women have been treated as second class citizens for far too long. We have an opportunity to fix that problem here in the House, and the Speaker should take it,” Maloney said in a news release.

“Feminine hygiene products are a basic and essential need for women,” Meng said in the release. “All women deserve access to them and that includes women who visit and work on Capitol Hill.”

So, if we’re all reading this correctly, the basic argument here is that to not use federal tax dollars to purchase tampons and other “feminine hygiene” products is to somehow be guilty of oppressing women and treating them as second class citizens?

Not providing you with something you think you’re entitled to hardly counts as oppression and being treated as a second class citizen. No one is denying anyone access to these products. You can literally purchase them at every local drugstore on the corner of nearly every street in America.

It’s simple. Buy your own and carry them with you. Problem solved.

Now. How about we get back to debating and discussing more important issues, like ending the abortion holocaust?

Charlotte Private School Just Got Busted by the Feds. Here’s What They Did.