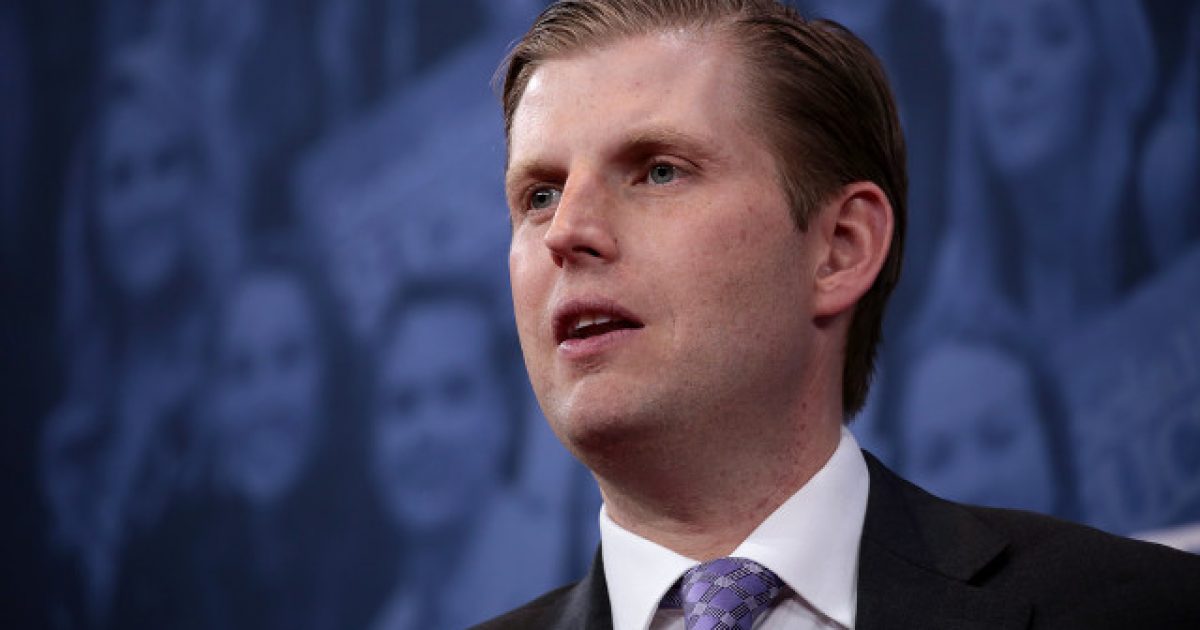 Eric Trump, the son of President Donald Trump, had an opportunity to show the world the kind of person he and likely the rest of his family really is by coming to the aid of a woman who collapsed near a train station last week.

Trump, along with his Secret Service detail, ran into traffic to flag down an ambulance to procure help for the woman after she passed out.

“I watched as Eric looked up, spotted an ambulance slowly passing by on 6th, ran into traffic — almost getting hit by a bicyclist — and shouted at the ambulance to get its attention,” The Examiner’s source said.

“Not sure if the ambulance had been called for or if Eric managed to hail one out of the blue, but in any case his sense of urgency was clear and he succeeded in getting the paramedics to stop and tend to the woman,” the source continued.

The Examiner’s Paul Bedard noted that the source, who requested anonymity, has no ties to Trump.

The Trump family has come under fire by the mainstream media simply for being related to the commander-in-chief, all as part of their ploy to take him down. These folks care so little for the man they are willing to use his family as pawns for their own sick and twisted games.

Obviously there’s no such thing as journalistic integrity anymore and those involved in this witch hunt ought to be ashamed of themselves. Their job is to provide facts, not spoon feed their worldview to the viewing audience.

Eric Trump took time out to do something for someone in need. We’ve heard many of the same kind of stories about his father, though those tend to get buried under the “scandals” the media keeps trying to dig up.

Let’s hope this changes soon and that the family of the president are given a fair shake by the media.