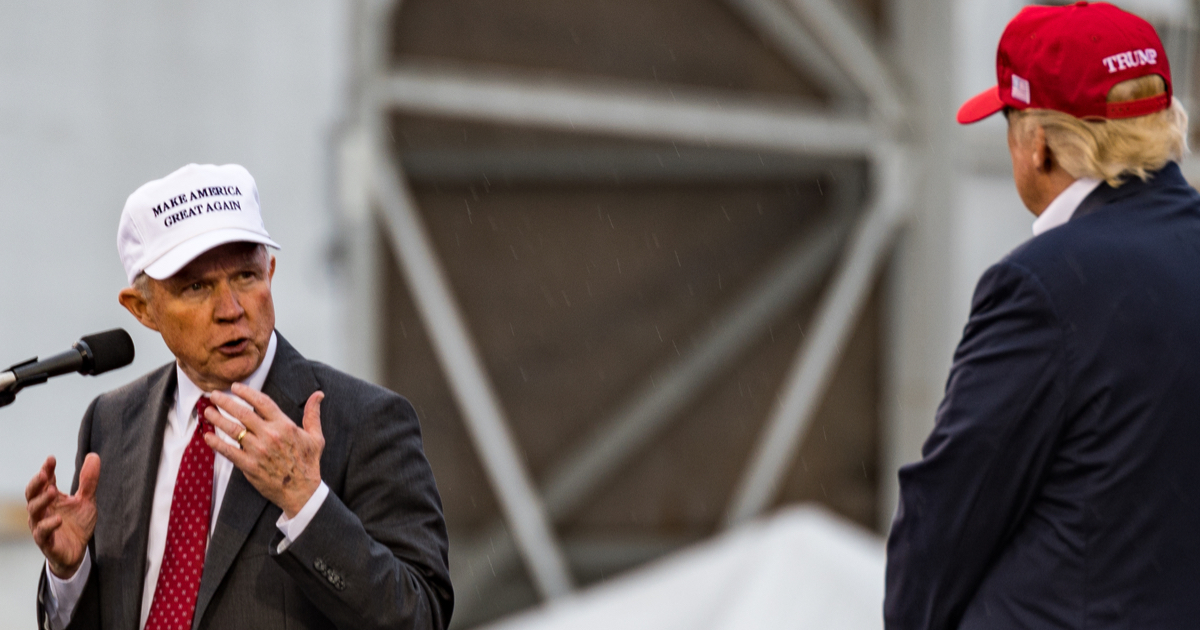 Jeff Sessions has long been a man on a mission, even if parts of that mission are a bit archaic and clumsy.

Sessions, the acting Attorney General who has consistently drawn the ire of the President for his choice to recuse himself from the Russia election interference probe, is a bit of an old “fuddy-duddy” on the subject of drugs.  Specifically, he has been a staunch and vocal opponent to the legalization of marijuana, ostensibly standing on the figurative tracks long after that particular train has left the station.  Pot prohibition is ending, and Jeff Sessions isn’t ready to admit it.

However, there is a silver lining to all of this, insomuch that Jeff Sessions has an uncanny knack for going after drug money and the bad actors fueled by it.  That’s why today’s announcement from the Attorney General is of the utmost importance.

Attorney General Jeff Sessions held a press conference on Tuesday with officials from the Department of Justice, U.S. Treasury, and State Department to announce a “whole of government effort” to take down the Cartel Jalisco Nueva Generacion (CJNG).

Sessions said the drug cartel is “one of the five most dangerous transnational criminal organizations on the face of the earth and it is doing unimaginable damage to the people of this nation.”

Sessions said although it was formed only nine years ago, it has established its network around the world, including in Europe, Asia, and Australia.

“CJNG has a presence in cities across the United States from San Diego to Omaha to Roanoke to New York City to Orlando,” said Sessions, adding that the cartel is believed to traffic ten tons of cocaine and methamphetamines into the United States every month.

“They are in our crosshairs,” Sessions said. “This cartel is our top priority.”

“Every single day these cartels cross our borders, disrespect our sovereignty, deal poison and death to Americans all across this country,” Sessions said.

Of course, a full-scale legalization of marijuana in the United States would severely cut into profits for these dangerous drug cartels both by eliminating the cost effectiveness of trafficking in the plant, and by the reality of recreational marijuana’s ability to curb harder drug use in locales where it has been legalized.