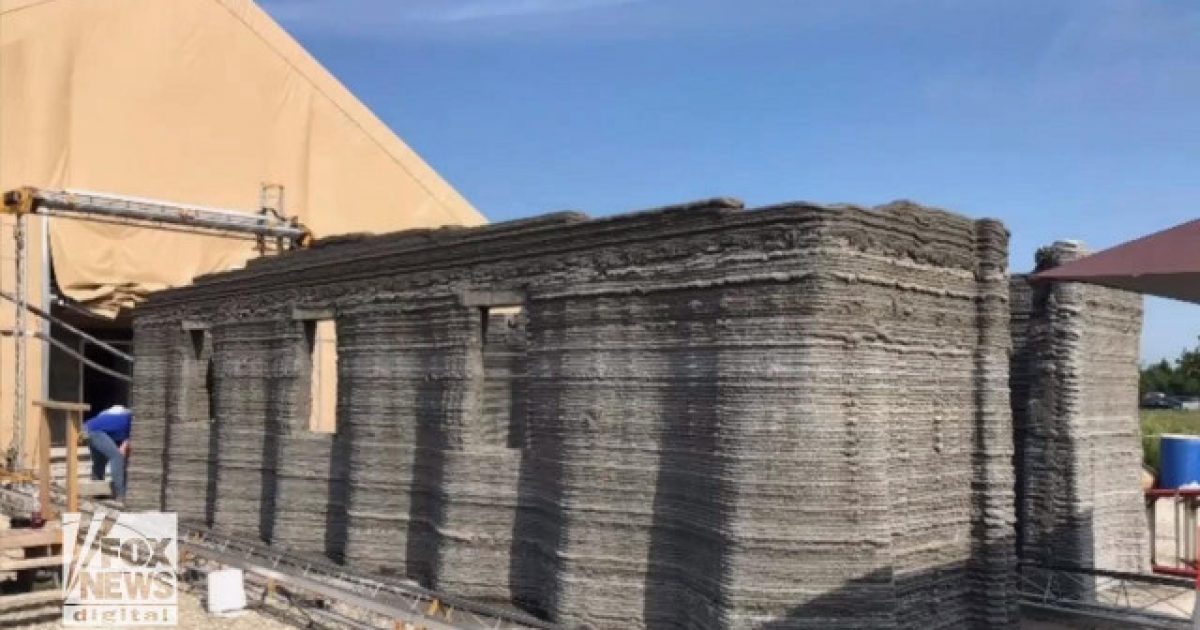 The U.S. Marine Corps is utilizing 3D printing technology in a fascinating and creative way to help solve the issue of housing for troops in the field.

Working in collaboration with the Army and the Navy Seabees, the Marines are building 3D printed barracks for soldiers.

We live at a super cool time in history, don’t we?

The concrete 500-square-foot barracks could prove invaluable to U.S. troops in combat zones. Currently, it can take five days for 10 Marines to build a barracks out of wood.

The process took 40 hours, but could be done in a single day if the process was run by a robot. During this test, Marines had to continually monitor the progress of the printer and refill it with fresh concrete, making the process more time consuming.

Even with humans running the process, this is still significantly faster than the current system, the barracks are more secure, and only four Marines are needed to oversee the system.

“This exercise had never been done before,” Capt. Matthew Friedell said in a news release on the Marine Corps website. “People have printed buildings and large structures, but they haven’t done it onsite and all at once. This is the first-in-the-world, onsite continuous concrete print.”

“In active or simulated combat environments, we don’t want Marines out there swinging hammers and holding plywood up,” Friedell said. “Having a concrete printer that can make buildings on demand is a huge advantage for Marines operating down range.”

What’s really cool about this technology is that it has applications outside of military uses as well. Just imagine being able to build houses, schools, and community buildings after a natural disaster of some sort? The sky is is the limit.

While it’s easy to get down on technology, what with the myriad abuses we see of it every day on Facebook and Twitter, it’s important to remember that lots of new advancements taking place right now are making life better for all of human kind.

This 3D printing technology serves as a great reminder of that truth.

CNN Calls Trump a Liar, Gets Utterly Destroyed by Him Not Long After