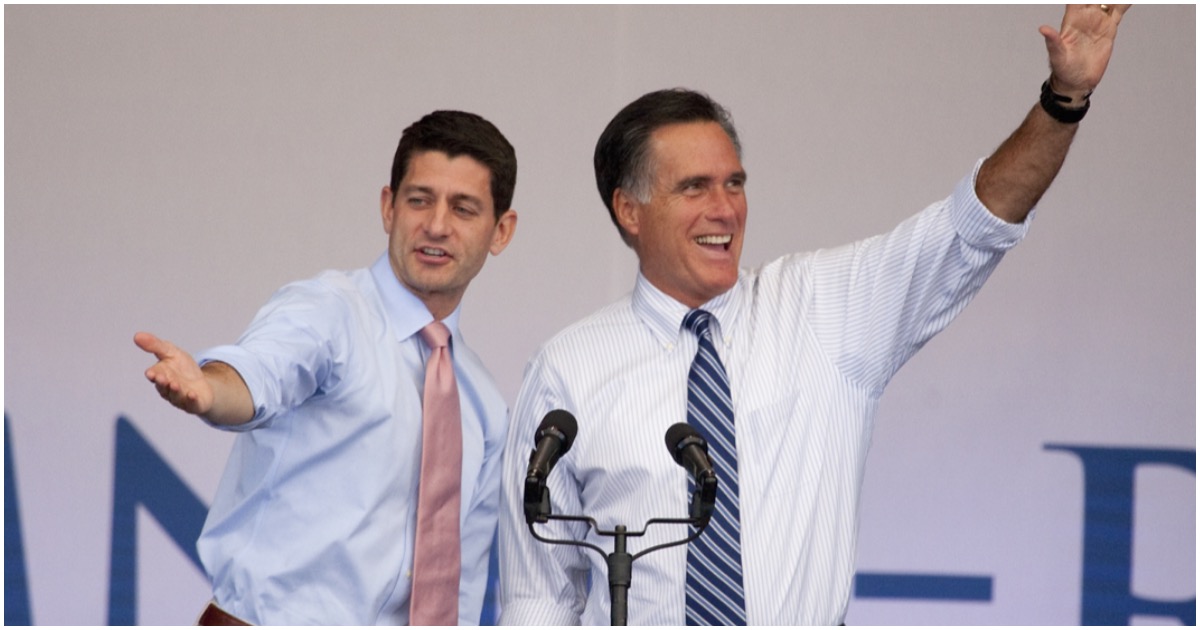 The 2012 race should’ve been a Romney victory, with Paul Ryan his VP.

Since 2016, neither Ryan not Romney has been a big fan of President Donald Trump.

Anyone who follows politics knows that.

Now, Ryan is now saying that Romney could serve as the “standard bearer” for the Republican Party.