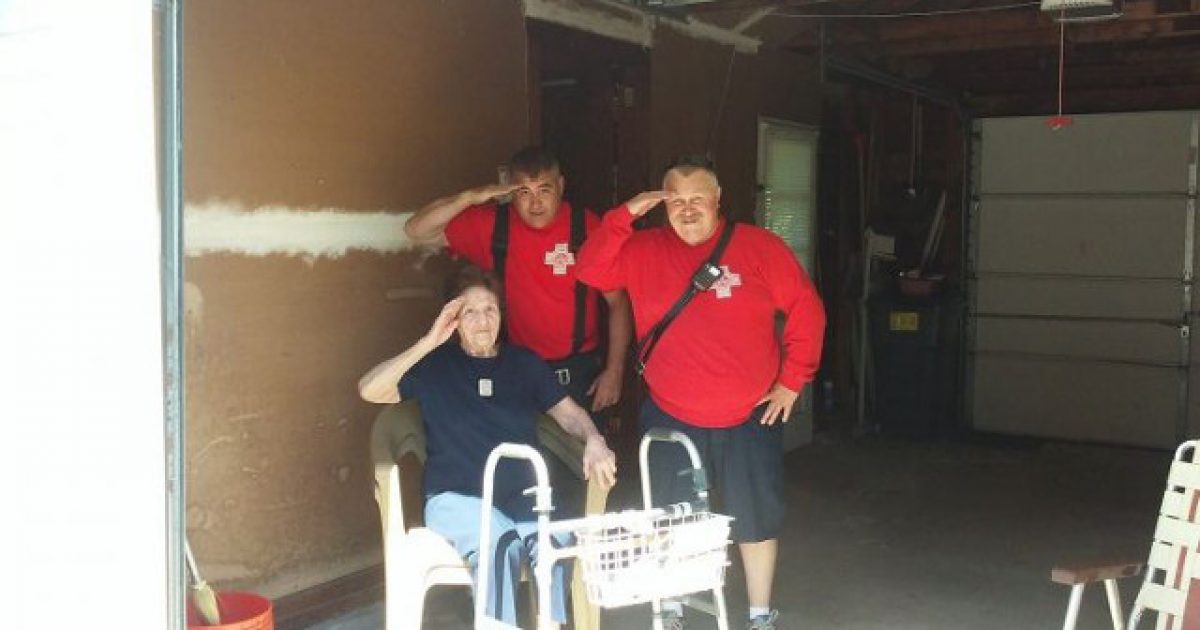 One of the most beautiful things about America is the spirit of love for one’s neighbor that permeates much of our culture. You might not notice all of the small acts of kindness that happen on a daily basis, mostly because these days the interactions we see between people largely happen online.

However, human decency is still alive and well, the reports of its demise being greatly exaggerated. In fact, a story that’s making it’s way around the Internet right now is proving that point to be a true.

A 97-year-old military widow was unable to raise a new flag at her residence and requested the help of local firefighters. They happily obliged.

The woman said she “wanted to raise a new United States flag but her rope needed to be repaired,” the Portland Fire Department explained in a Facebook post on Tuesday.

Firefighters carried out repairs and raised Old Glory. As they got to work, the helpers learned about the woman’s family history.

“While assisting her, the crew learned that her late Husband was a Pearl Harbor Veteran,” the department explained. “It was a pleasure to assist you with this necessary repair and to learn about your husband.”

Fire officials included a few photos in the post, including one of the red, white and blue flag waving in the wind.

The post has received more than 3,000 reactions and 300 comments as of Wednesday night.

This is so awesome.

Isn’t it great to know that good people still exist in our nation? It so easy these days to feel discouraged by the division in our country, thanks in large part to the extreme hostility of the left — and yes, some on the right too.

However, all is not lost. Not by a long shot. In fact, there’s a whole lot of good in this burned out berg that we need to keep fighting for each and every day.

Mastermind Behind Benghazi Attack Just Got Some Bad News