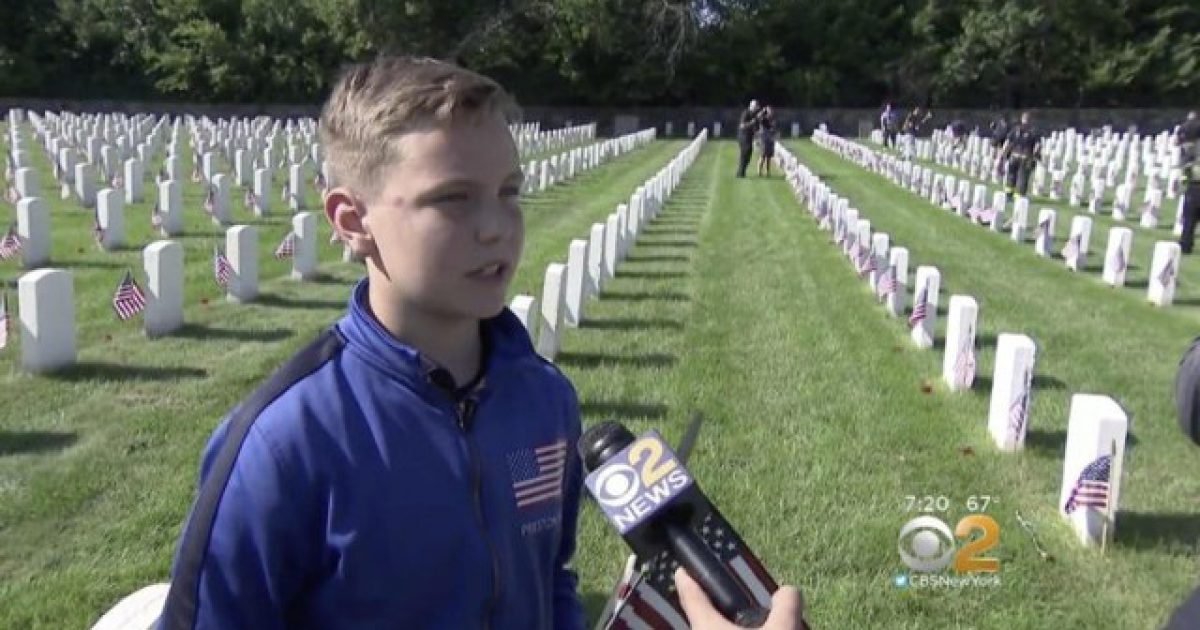 Preston Sharp, a 13-year-old, is traveling across America, hitting each state, putting flowers and flags on the graves of fallen United States servicemen.

When you think about how the vast majority of young people who make the news today and how it’s typically for being anti-American, seeing a kid like this going out of his way to do something special for all of these brave souls who gave their lives to secure our liberty is inspiring.

Preston, who has his own web page to promote his nonprofit organization, Veteran Flowers and Flags, was inspired in 2015 after he visited his grandfather’s grave and took note of the lack of adornments on the surrounding vets’ graves.

“I got really frustrated that our veterans weren’t [sic] be honored on Veterans Day,” he said. “My mom taught me if you see something wrong, do something about it, don’t complain about it.”

Preston has teamed up with various veterans groups and first responders from all over the country and has placed over 180,000 flags so far. He has plans to complete all 50 states by Veterans Day 2019.

Is this young man amazing or what?

The men and women of the armed services willingly sign up to defend our liberty from enemies both foreign and domestic that might attempt to put an end to our way of life. Many of these folks don’t come back home, giving the ultimate sacrifice for freedom.

These special individuals absolutely deserve to be honored and revered, which is what makes Preston’s work so great. Keep it up!

WATCH: Cory Booker Admits It Doesn’t Matter to Him If Kavanaugh Is Innocent or Guilty