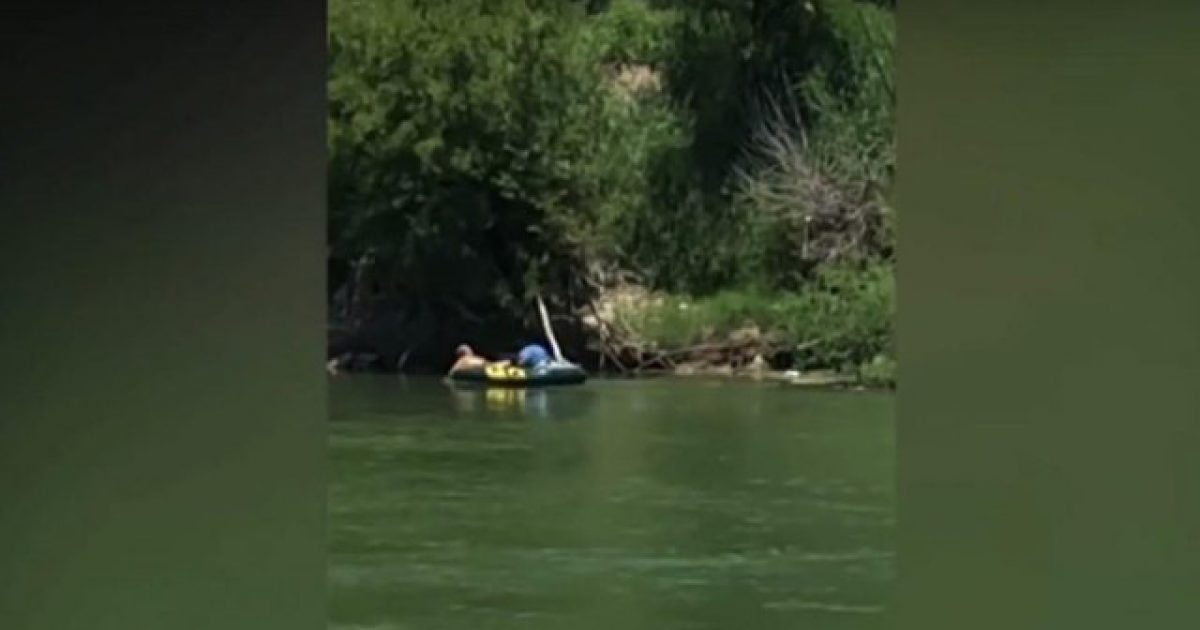 A CBS reporter managed to capture an illegal border crossing on video, all of which took place less than 100 yards from a port of entry.

David Begnaud stated that he and his producer were working on a story last week concerning the border wall President Trump is trying to build crossed over the Rio Grande river over a bridge from Roma, Texas into Mexico.

As they worked to set up their shot along the river bank, Begnaud witnessed a man on a raft paddling across the water to the U.S. side of the river and recorded the incident on his cell phone. Several others on the raft were sporting life jackets.

Then a “scout” — using a walkie-talkie to communicate with the smuggler in the raft — approached Begnaud and his producer, speaking in Spanish and waving his arms and telling the pair to leave, CBS News said.

The scout followed Begnaud and his producer to their rental vehicle, leaned on the window, and told them the area wasn’t safe for them, the network said.

“We were scared,” Begnaud reported. “It was ominous to listen to him.”

He added that the scout “watches” and “lets the smuggler know how to get the people on to the other side.”

About 10 minutes later, Begnaud and his producer were back on the U.S. side of the Rio Grande — and they took video of the same smuggler walking back across the river.

The smuggler spotted the pair and gave them the finger as he continued across, Begnaud reported.

Begnaud went on to state that this particular incident is a prime example of why Trump and his administration are trying to build the wall. Many folks down in the area near where this happened told the reporter they need more Border Patrol officers, cameras, blimps, and other assorted technology to help stop this sort of thing.

Leftists are wrongfully under the impression that somehow any mention of a wall is somehow racist when in reality it’s just a safety measure to keep our nation from experiencing massive criminal issues, which is something this reporter proved.

The Department of Energy Lost Plutonium Last Year, But That’s Not Even the Scariest Part

Scarlett Johansson Shamed Out of Transgender Movie, Now Look What Might be Happening to the Film