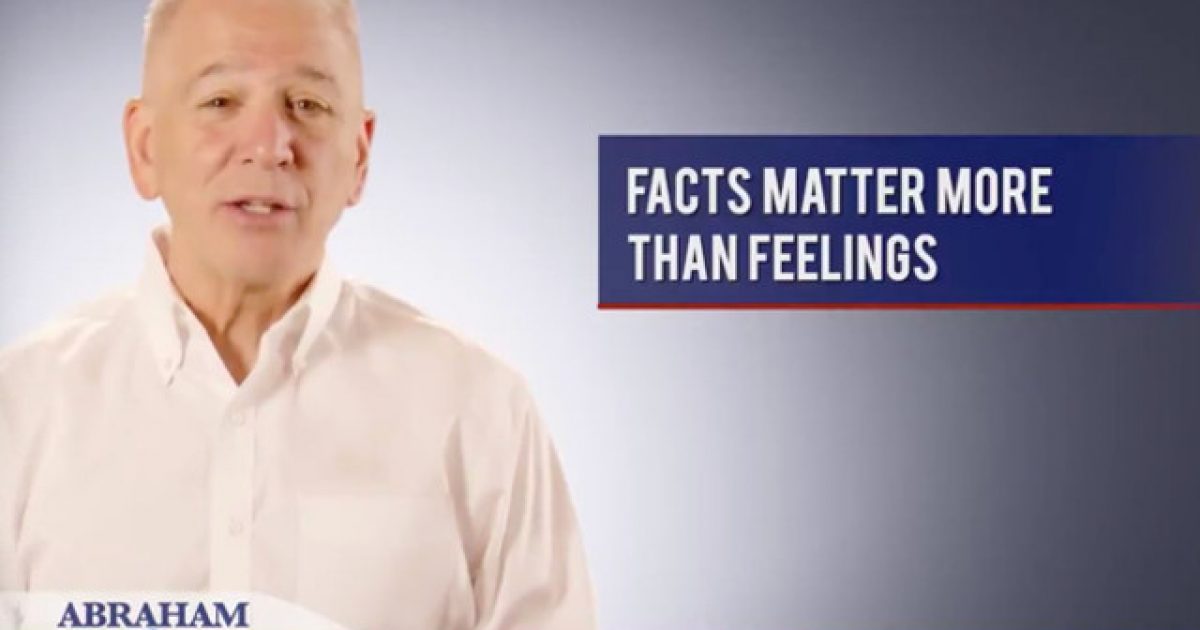 In this age when folks seem to be perpetually outraged by anything and everything, it’s not exactly a surprise to hear about liberals throwing temper tantrums over something said by a Republican political candidate.

However, when the candidate is Rep. Ralph Abraham of Louisiana who is running for governor, and he releases a video weighing in on gender identity, you just know heads are going to pop all over the country.

“I’m Ralph Abraham, I’m running for governor, and here’s the truth: Life begins at conception. Government is too big. Our taxes are too high, and our car insurance is too expensive,” he began. “President Trump is doing a great job.”

“The Second Amendment is self-explanatory, and as a doctor,” he chuckles, “I can assure you, there are only two genders.”

As your next governor, I will always tell you the truth.#Doc4Gov pic.twitter.com/jZOFVxpMJB

This guy obviously has a lot of intestinal fortitude to weigh in on a topic like that with absolutely zero fear about the backlash he’s going to receive from practically every corner of the Internet. We should definitely applaud his courage in standing up for the truth and not backing down.

How liberals will respond to this is pretty easy to predict. The hatred and vitriol will be swift and harsh, but if this guy is as made from as much grit as it seems he is, he’ll probably survive it without too much of a problem.

It Ain’t Over Yet: Special Prosecutor Appointed In Investigation Of Jussie Smollett