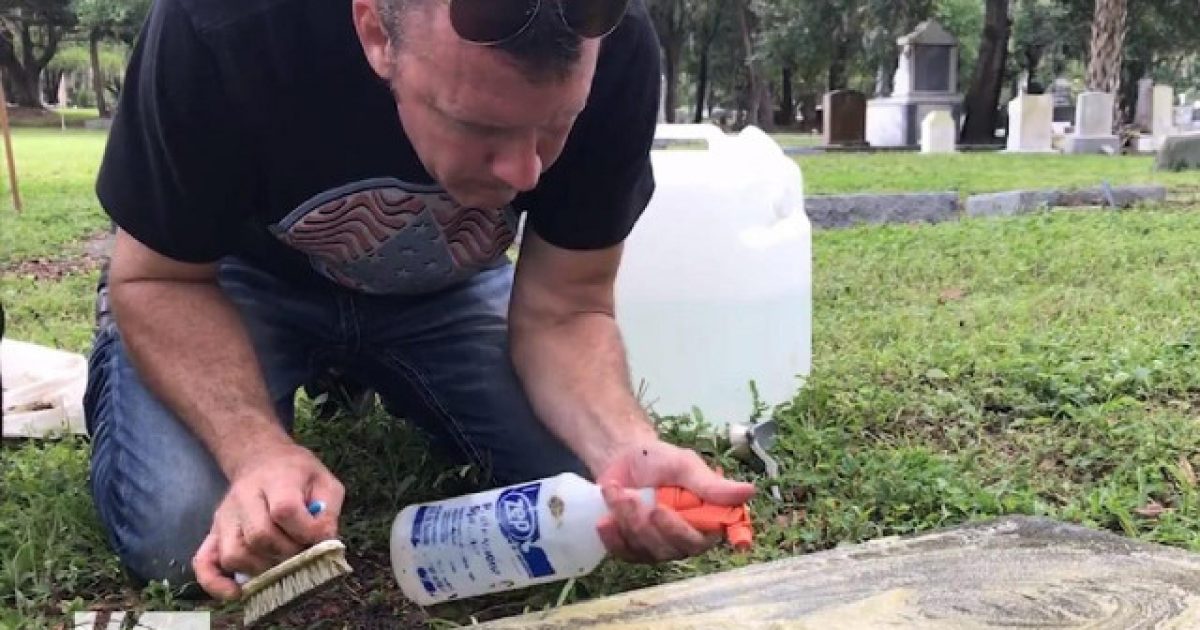 Andrew Lumish, a cleaning company owner, visited a cemetery near Tampa, Florida five years ago and was struck by how degraded and neglected the gravestones of veterans looked. This didn’t settle well with him and so he decided to take action and do something about it, especially since his skill set made him the right man for the job.

Now Lumish routinely cleans up the gravestones of veterans to ensure that the story of their sacrifice and service is told to all who pass by.

Lumish, who calls himself the “good cemeterian,” learned how to properly clean and restore gravestones without damaging them. After getting permission from the cemetery, he begins his work. His process requires a specific D/2 biological solution so that he won’t accidentally end up ruining the stone — and lots of time.

“A monument restoration has to be done by hand, you cannot use a pressure washer…so a monument will take minimally two months to restore and some take in excess of a year,” Lumish told Fox News. He added, “I won’t reveal a restoration until it’s reached its pinnacle and peak and it’s ready to be shown.”

Once a gravestone is cleaned, Lumish takes a picture of it, and posts the before and after pictures on social media. He also includes a brief story about the veteran buried at that gravesite. Lumish explained:

The individuals that we honor didn’t consider themselves heroes, they didn’t toot their own horn or pat themselves on the back—we’re doing it now…we don’t only talk about their service, we talk about their lives, from the day they were born until their last day on earth. We are delving into that person’s life so that we can respectfully tell what that person went through…I don’t want anyone to be forgotten.”

So far, Lumish has managed to restore the grave markers of around 1,500 veterans.

The preservation of the stories of these amazing American heroes isn’t the only reason Lumish does this kind of work. It turns out he himself lost a veteran close to him. His personal friend, Chris Scala, a 12-year Air Force veteran committed suicide after a long battle with PTSD. Lumish said he always thinks of his dear friend whenever he cleans one of the headstones.

This man is a true blessing to his community. Let’s hope others realize the wonderful service he is providing and share their gratitude with him.