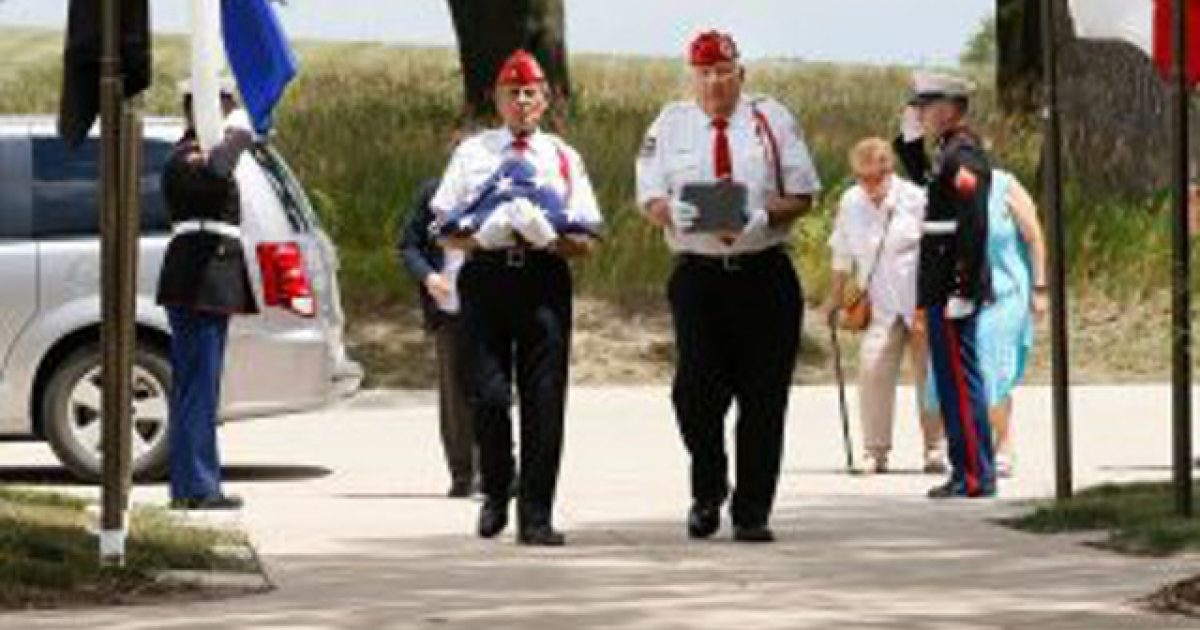 With the world seemingly on fire and folks so divided over their political ideologies that they’re willing to stoop to all manner of evil, wicked lows to express themselves, it’s always a good idea to take a break from talking about the darkness in the world and let ourselves be reminded that there’s still a lot of good happening here too.

For instance, here’s a story about a Memorial Squad who did something awesome for a deceased veteran, putting on display that there’s still genuine patriotism and love for one another alive and well in America.

George Anthos spent just three years in the Army, from 1955 to 1957, before returning home to Illinois and pursuing a profession as a hair dresser.

But at age 83, he puts on a military-style uniform every Tuesday and reports to Abraham Lincoln National Cemetery near Joliet.

Since 2003, he has been a part of its Memorial Squad — men and women who provide military honors for veterans buried there.

“We have a code in the military of ‘no man left behind,’” he said. “It’s my way of bringing veterans home for the last time.”

The cemetery, which is the only active national one in the Chicago area, opened in 1999 on the grounds of the former Joliet Arsenal. More than 50,000 veterans, their spouses and certain other relatives are buried there, in graves or columbaria. The federal government pays for the burial, the marker and the burial flag.

Anthos said Mondays and Fridays are typically the busiest days. The rites take place at three committal shelters, not the grave sites.

The brave men and women who make up our armed forces are some of the finest folks this great nation has to offer, and as such, it’s always wonderful to see them getting the honor they are due.

Too often, in our society where leftism is running amok, people like to belittle our military and mock these folks and the sacrifices they have made for their freedoms. Just look at the NFL National Anthem protests for example.

This ought not be. Be sure to thank a veteran you know or one you see out and about, for having the courage to voluntarily serve their country and protect your liberty.